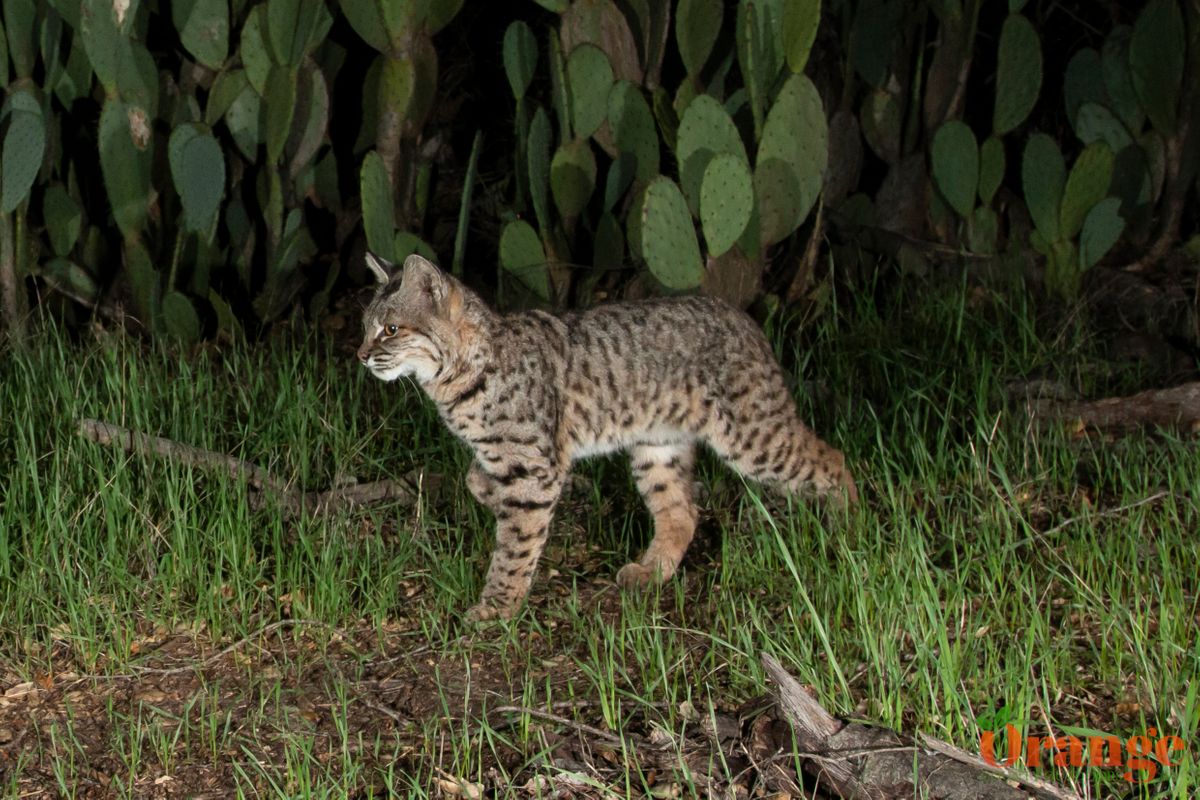 Bobcats can be found in Orange County throughout the Santa Ana Mountain Range as well as many smaller wilderness areas and regional parks across the county. Their typical diet consists of rabbits, squirrels, birds, mice, and other small mammals/rodents. While they are abundant throughout Orange County, they typically shy away from humans so if you see one, consider yourself lucky and enjoy the sighting. In some places where they are more accustomed to seeing humans like wilderness parks with high foot traffic, you may see a bobcat that is not as afraid of us and may go about their lives without caring about our presence.

While they are not considered a threat to humans, they are wild animals and should be treated and respected as such. With that being said, DO NOT approach one of these animals as they could injure a human if they feel threatened as most animals would if they are in fear for their life. If you come across one and you feel threatened, the best thing to do would be to back away slowly without turning your back to it. If you have small children with you, do not have them run away or stray away from an adult. There is no reason for a bobcat to seek out humans to attack, they do not see us as a food source and we are much larger than them. If they were to attack a human, it would be in fear for its own life and defending itself.

It is extremely common for these cats to be confused with mountain lions, in fact it's a daily occurrence in places on the coastal side of The 5/405 Freeways where mountain lions are not known to inhabit. Although they look remarkably different with photos due to their tail length, fur coloration, and size, while in the wilderness these cats are typically elusive are hidden behind brush which may be one reason why people just assume they're a mountain lion. To help differentiate the two, here's an article. Park rangers in the Laguna Coast Wilderness areas get many reports of what people claim as mountain lions but on the coastal side of I5/405, it always turns out to be a bobcat or sometimes even a house cat which can appear larger depending on the angle. 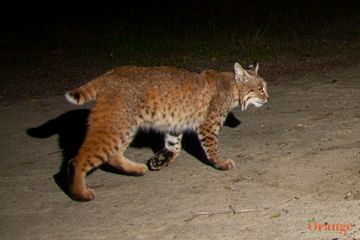 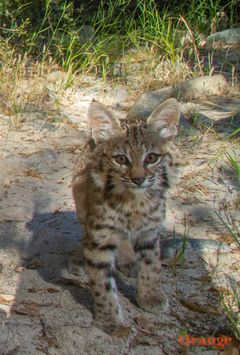 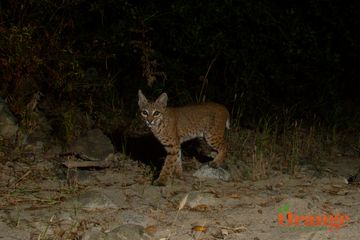 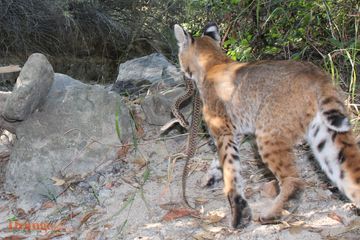 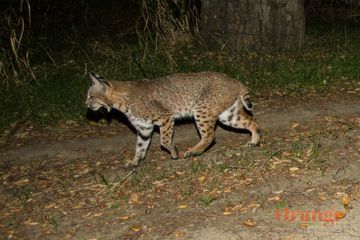 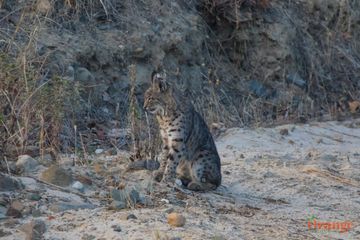 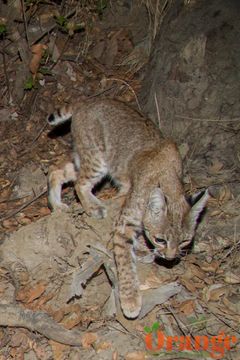 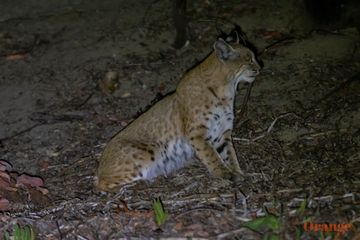 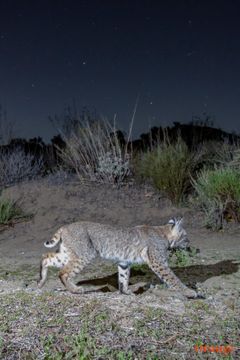 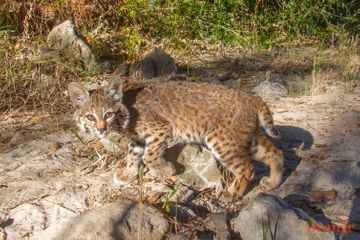 If you can find a good impression which typically is easier after rain, you'll be able to distinguish a cat from a canine by the lack of claws which are retracted while traveling, canines cannot retract their claws and therefore almost always register. Bobcat prints are very similar to mountain lions except the size in which bobcat prints are much smaller, a mountain lion kitten print would also be small but you would like see a larger set of prints alongside which would be from the mother. On the heel pad, bobcats also have 2 upper lobes and 3 lower lobes (so do mountain lions) but sometimes they just appear wide. A canine print has 1 upper lobe on the heel pad and 2 lower lobes which appear narrower. 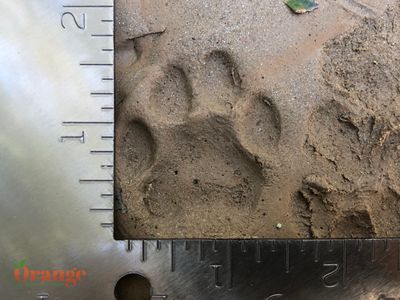 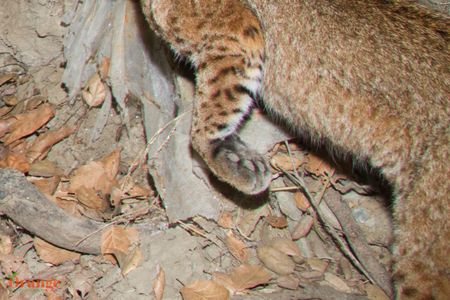 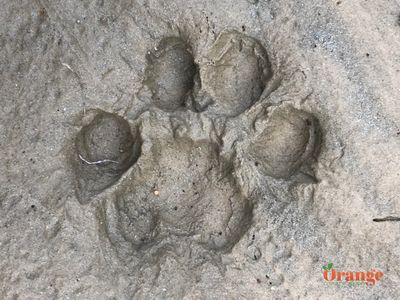 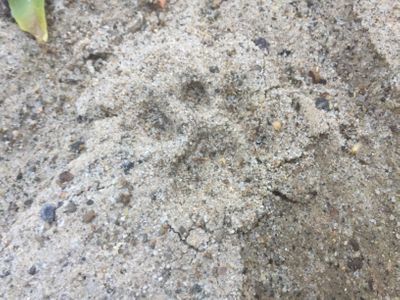 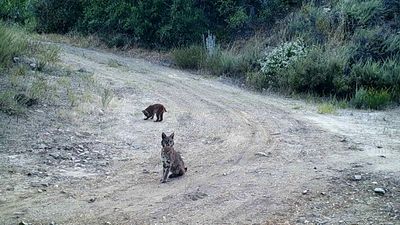 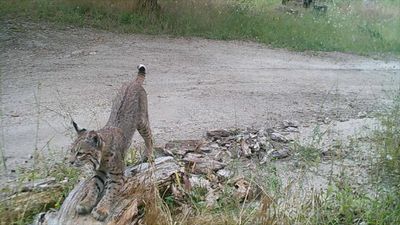 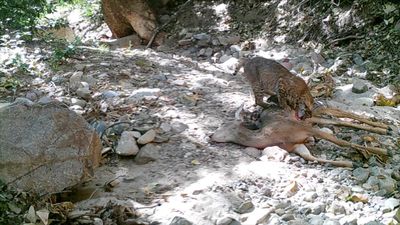