Why do we mistake bobcats for mountain lions?

There seems to be a lot of controversy about which animals are being seen in certain areas. While this is not an isolated predicament , Orange County gets its fair share of incorrect sightings. Each time someone take to social media and asks if their photo/video shows a mountain lion or bobcat, it seems to bring out all kinds of answers, complaints, and arguing. On top of that, it is very common for people to claim they had a run in with a mountain lion and mysteriously didn't get any photos or video. To make it very basic, if you have to question whether or not your photo/video shows a bobcat or mountain lions, it's most likely a bobcat. If you didn't get any photos/video or proof of prints or scat, your sighting cannot be confirmed. Many people will even claim they're experts and that everyone has to believe them because they know what they're talking about, but this really means nothing. The location of these mountain lion claims plays a huge role in determining the animals identity. For example, if a mountain lion were to be roaming around Laguna/Newport wilderness, it would probably be the most well documented mountain lion ever. You're talking about a lot of people that are in the area with cameras on their phones and security cameras which most houses in these areas have. The goal of this article is to make it easier for everyone. This is such a common issue that National Geographic has even written an article about it. 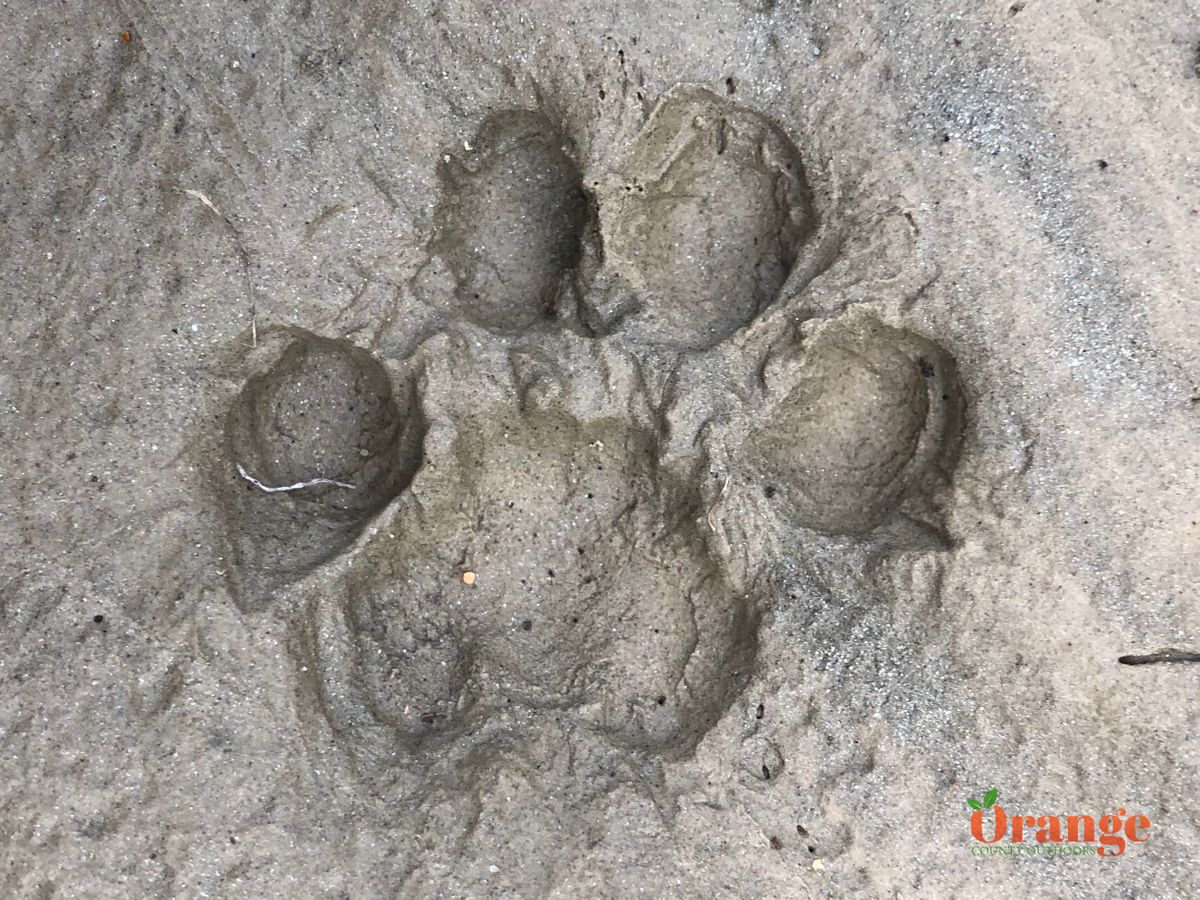 Bobcats: Stubby tail that can vary in length but doesn't reach the ground

Bobcats: Spotted with some stripes on legs although can sometimes be tan

Mountain lions: Roam the Santa Ana Mountain Range and the foothills/canyons directly connected to them

Mountain lions: Need a lot of space to roam

Bobcats: Need only enough space to hunt for rodents 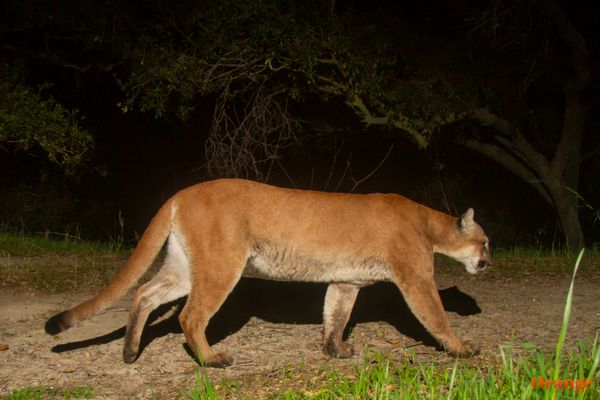 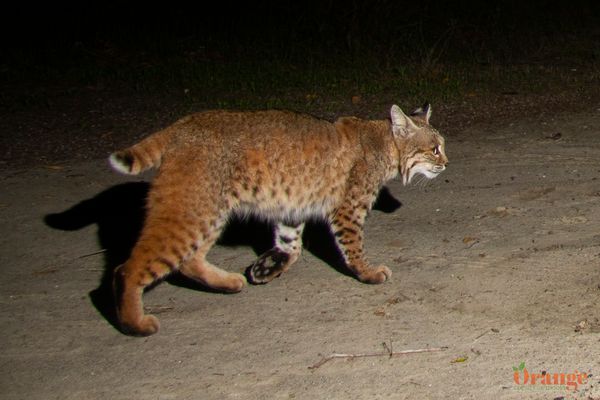 Laguna wilderness area is mainly mentioned here since it seems to be the most common place that mountain lions are incorrectly reported. With the amount of reports that come out of the Laguna wilderness area, there's bound to be at least a couple reports that contain photos or videos, however, it's never the case. The local park rangers get reports of mountain lions every day, however, there's never photos or evidence like prints, scat, or carcasses. Keep in mind, mountain lions consume a pretty fair amount of prey and would leave behind evidence. For comparison, in the Santa Ana's, whenever there's a mountain lion sighting reported, there's almost always a photo or video that someone got with their phone.

It's understandable that people can mistake some animals for others especially if their life doesn't revolve around the wildlife in the area. Mountain lions are very easy to confirm with photos or videos based on size, stride, looks, and behavior. If you have to question whether or not your sighting is a mountain lion, it's almost for sure not a mountain lion. In some humans brains, we want things to be bigger and scarier, people will convince themselves that what they're seeing is a mountain lion, even to the point that they won't listen to reason from experts. This is typically where the problems begin, when people have the mindset that everyone else is wrong and they don't even want to hear anyone disagreeing with them. You might see them respond only to people acknowledging those who agree with them but ignore the people with valid points. If you have someone with this mindset, they cannot be relied on as a credible source.

Some people want to have a cool story about the time they saw a mountain lion, "it was so scary!" It's something we do as humans, it's understandable. Often, people will even claim that it was a baby mountain, sometimes even saying its tail was cutoff. This is just not something that happens, it would be extremely rare for a mountain lions tail to be cut off somehow, yet most of the unconfirmed reports say this. As for a baby or juvenile mountain lion, mountain lions cubs stay with their mothers for about 2 years. With most of the reports claiming to be juveniles, this also proves the point. Mountain lion cubs are already pretty much full size at 1 year old and still traveling with their mother for another year. Mountain lion cubs smaller than that would likely not be able to survive on their own. It seems strange that almost all the reports in Laguna wilderness claim to be juveniles and no adult is ever seen. Now, it could be possible that a baby mountain lion got separated from its mother somehow but it would be pretty rare and weird for a mother to just abandon her kitten.

As for the areas with the most commonly reported cases of mistaken identity: Laguna Beach, Aliso Viejo, and Carbon Canyon. None of these areas have had a confirmed mountain lion sighting within the last 40 years or so years since Orange County became very developed, except for in early 2022 when a young male mountain lion did happen to make its way into Laguna. This became a big deal and there were several photos and videos of him being spotted randomly around Laguna Beach and Newport Coast before he was captured and relocated. There was lots of proof of him being around.

These areas are also some of the most heavily used wilderness areas by humans which means the odds of someone getting a mountain lion on camera are much greater than areas like the Santa Ana Mountains. But nobody ever does. If you live on the coastal side of the 5 freeway, you can rest assured that you probably won't encounter a mountain lion. Now, of course a mountain lion can go wherever it pleases, it can certainly roam through city and get to here or there but it would be extremely rare. It's already rare enough to even see one in the Santa Ana's where they are known to inhabit. Of course, anytime you venture into any wilderness, you should always be aware of your surroundings and know how to act accordingly with wildlife. Some outdoor spaces and parks have mountain lion warning signs but they have to for liability in case one ever does show up. 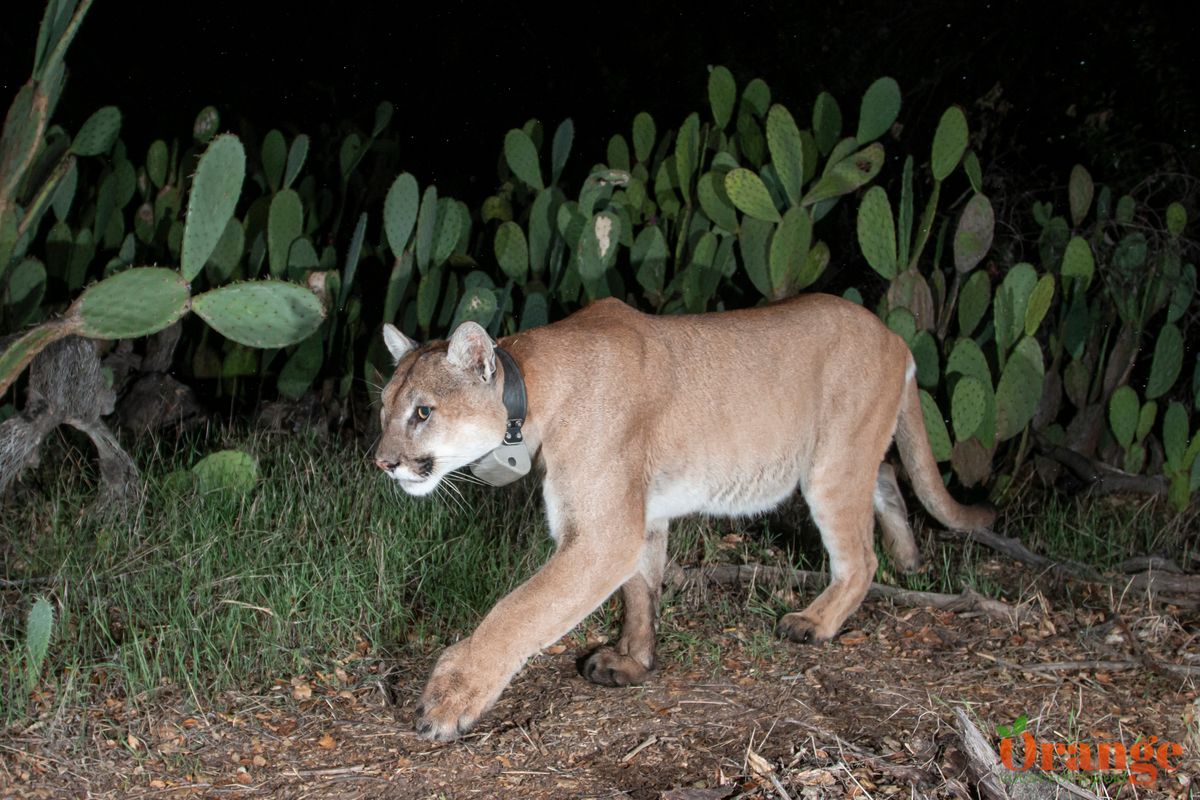 What are the affects of claiming to see mountain lions? Well, there's nothing positive about falsely reporting an animal but the negatives would be that you are making people scared to go into the wilderness since some people might believe you. The other negatives are making it seem normal to see a mountain lion since so many claims get reported. Some people do actually see mountain lions in Orange County and it really is a big deal, to see one in the wild is very rare. When there are many people falsely reporting their sightings, it takes away from how special these moments are. You want to feel special about seeing one at the expense of making it less special for those who do. 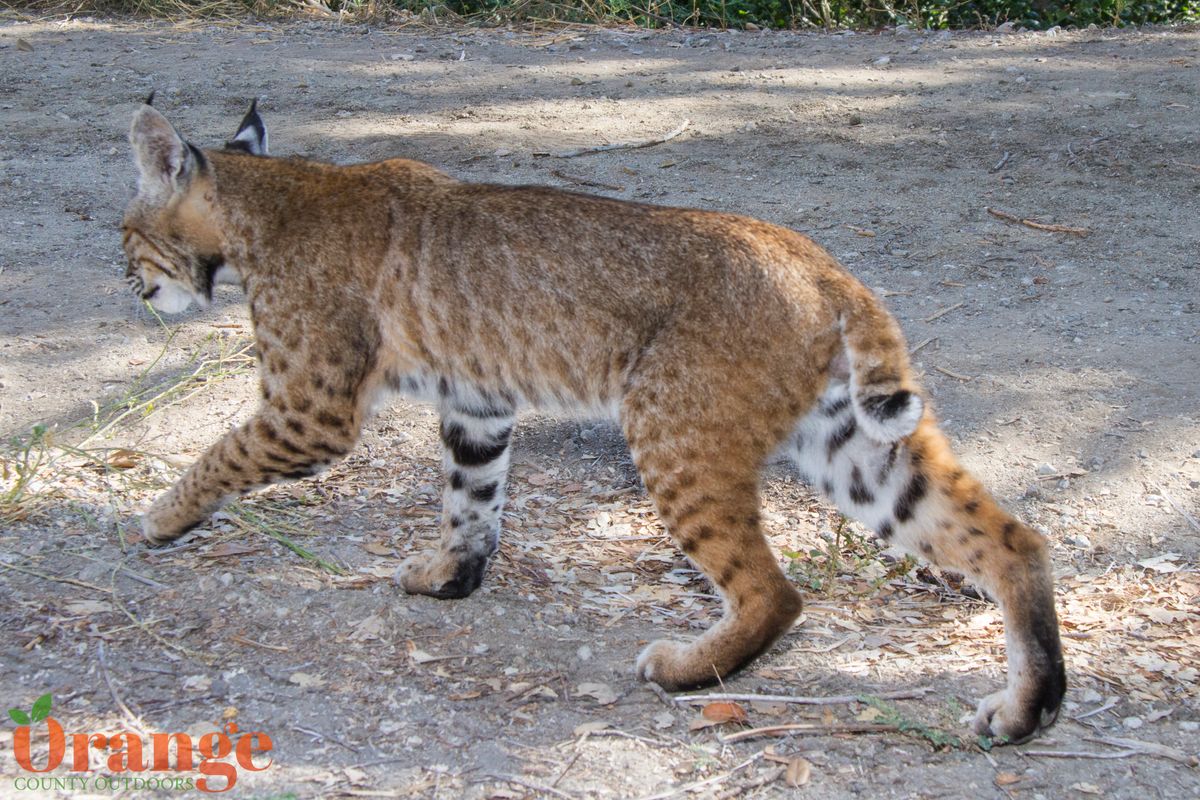 What makes me qualified to write this article

I'm a wildlife photographer and camera trapper in Orange County, this is specifically what I do and what I specialize in. Many people have their hobbies of what they know a lot about like sports steams, wine tasting, cooking, dancing, gardening etc... My knowledge is of wild animals, specifically pertaining to California. I have studied and learned about wild animals since I was in elementary school as I have always had a love for them. Now that I've grown up and have learned photography, I've managed to make it my main focus in life to photograph and film the wild animals of Orange County. I track animals by looking at prints, scat, game trails, and terrain and I place motion sensor cameras out to film them. Over the years of doing this in Orange County, I have gotten quite familiar with the behaviors and identification of mountain lions and bobcats so when people share their sightings of these animals, it's right up my alley!

Other than the biologists at U.C. Davis that are very knowledgeable about these mountain lions since they study them here, there are maybe just a handful of people in Orange County that can say they are very familiar with these animals. Because of my social media presence where I post lots of local wildlife, I get many posts forwarded to me about people claiming to see mountain lions. I thoroughly enjoy seeing these reports and photos to help people learn about them. I also share my findings with the biologists at U.C. Davis which helps their study.

I'm not writing this article to directly tell people they're wrong, but rather to help educate people about these animals and their differences. When people falsely make claims of seeing certain animals, it could put fear into peoples minds unnecessarily. I see it very often and people seem to get it into their minds that they absolutely saw a mountain lion and they're think of whatever they can to convince themselves of this. However, photos or videos really are the absolute key. Seeing a mountain lion in person is a big deal and extremely rare, even seeing a bobcat is very special. Now days, when you see something special, you typically pull out your phone and take some photos/videos. When these photos and videos are shared with me, I can usually easily identify the animals. Even without photos, I can usually rule out one or the other based on the behavior described. Many times, people don't have photos or videos which obviously makes the report suspicious right off the bat. How many people do you see now days without a phone in their hand or pocket, it's extremely rare. However, these mountain lion reports are extremely helpful to researchers at U.C. Davis so if there is an actual sighting, it's great to hear about it! Now, if you see a mountain lion and provide proof, I'm definitely going to tell you that you saw a mountain lion, no doubt about it. But if you saw a bobcat, then you saw a bobcat.

Keep in mind, statistics prove the most dangerous thing to encounter in the wilderness is another human.

Have a sighting? Feel free to email me - mark@orangecountyoutdoors.com