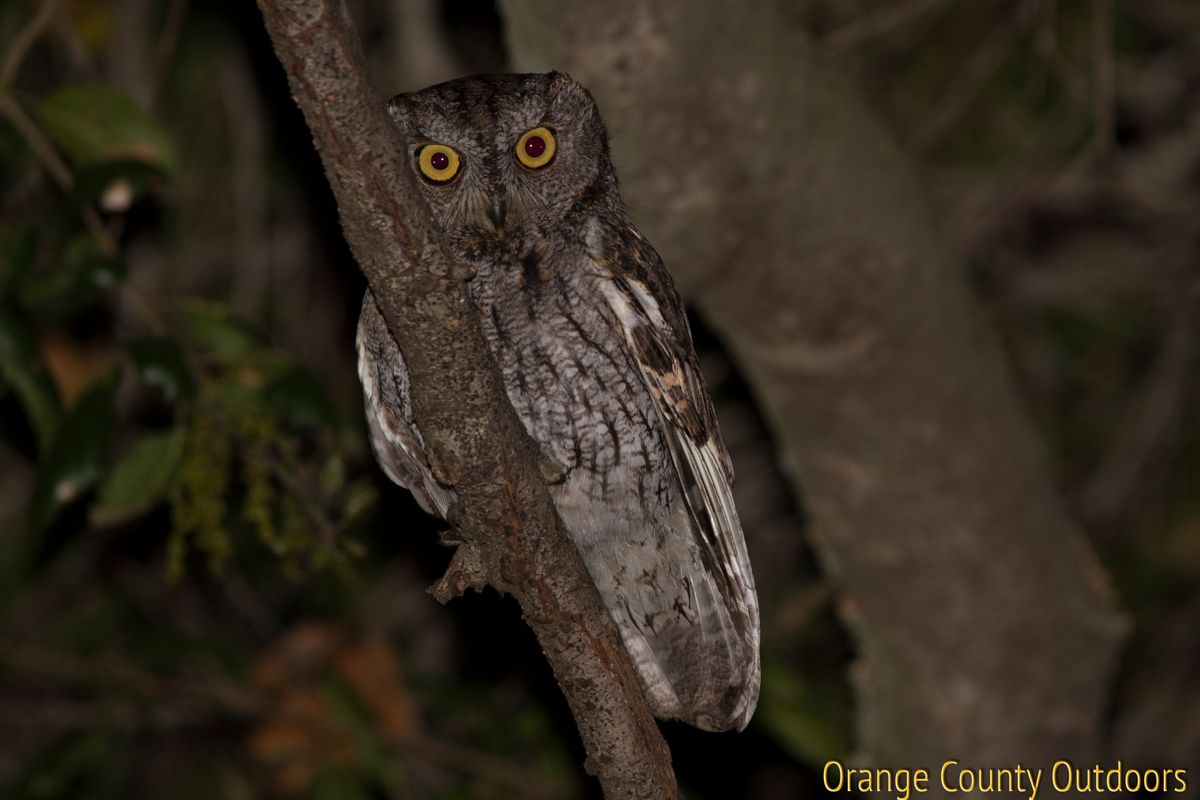 Much smaller than great horned or barn owls, screech owls are much less commonly seen around Orange County. They typically spend daylight in tree cavities where they blend in very well. Unlike their name suggests, their calls actually sounds similar to a ball dropping, more so than a screech. If you hear an accelerated group of toots, you are probably hearing one of these. Their calls can echo through canyons pretty far. These owls have tufts on their head that resemble ears just like great horned owls, sometimes more prominent than others. If you see a very small owl around the canyon areas, it might be a screech owl, but more than likely you won't see one of these due to their reclusiveness and camouflage. 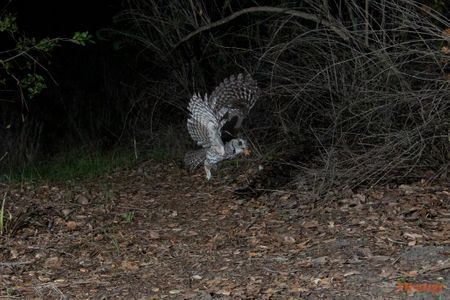 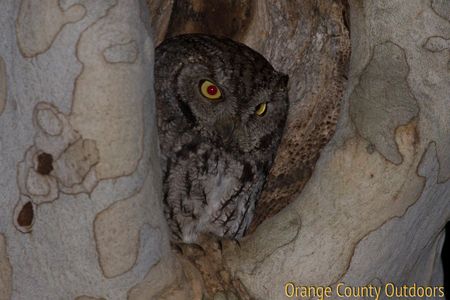 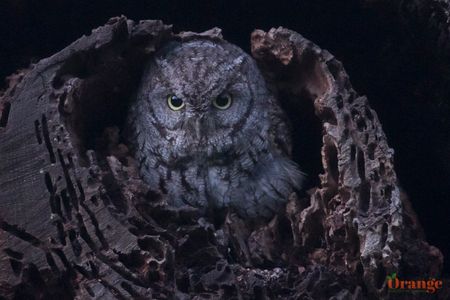 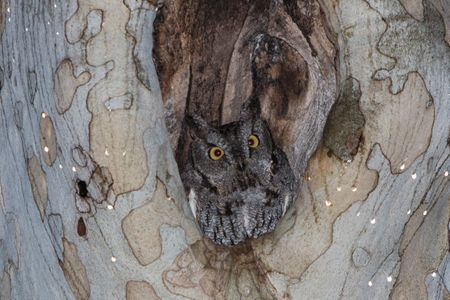