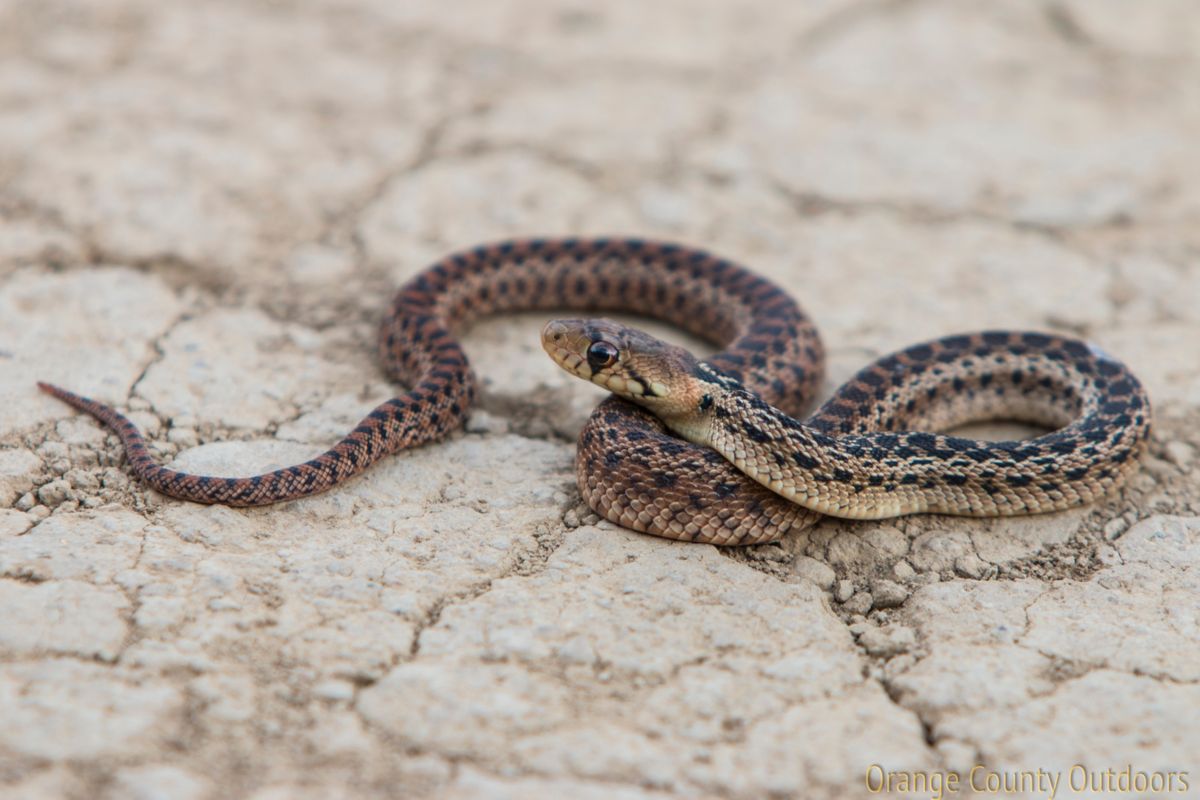 This non-venomous snake is one of our most common snake sightings around Orange County, they can grow up to 7 feet long but are typically smaller. They are mild mannered but if they feel threatened will inflate their bodies to appear larger. Gopher snakes are known to mimic rattlesnakes by coiling up into a striking position, shaking its tail against the ground or brush to sound like a rattle, and flattening their head into a triangle shape. Rattlesnakes have been observed without rattles rarely so just because it doesn't have a rattle, don't assume its non-venomous, a good way to tell if you are close enough is their eyes, gopher snakes have round pupils while rattlesnakes have cat-like vertical pupils. Gopher snakes have a pointed tail compared to rattlesnakes which are thicker with a rattle. Their diet consists of rodents, frogs, eggs, lizards, and some small mammals. These snakes lay eggs unlike rattlesnakes who give live birth. 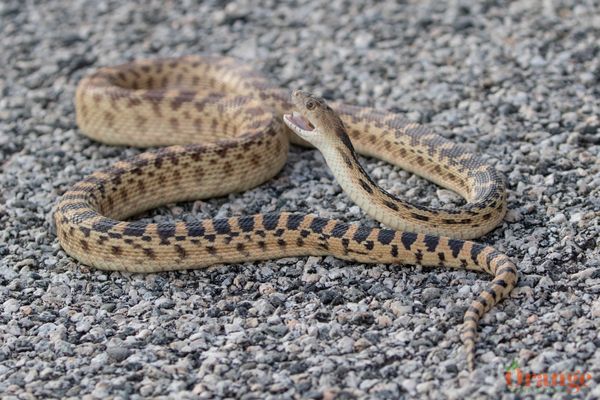 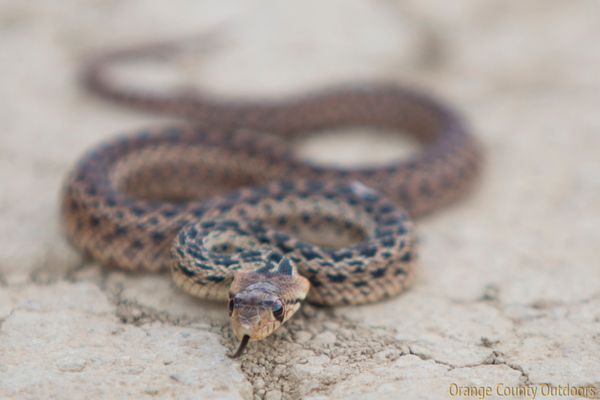