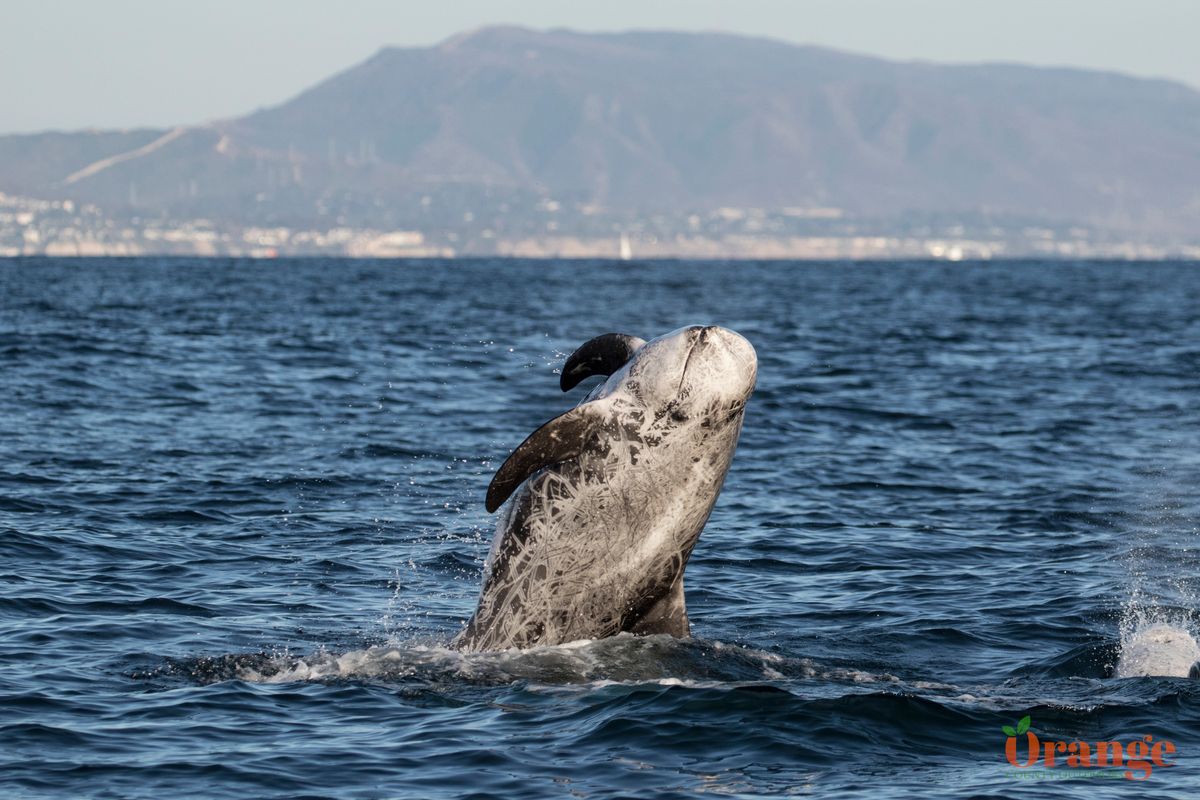 These large dolphin are known for their rake marks all over their bodies which makes them easily distinguishable from other types of dolphins which is thought to be caused by their interactions with each other as well as by squid which they prey upon. Risso's have quite large dorsal fins which could be confused with an orca at first glance although orcas dorsal fins are larger. These dolphin dive to deep depths to prey on their preferred diet of squid and are typically nocturnal hunters. While this species is not considered rare in Orange County, their sightings vary from year to year based on food. Usually there are no more than 50 in a pod around here but up the coast in Central California, it wouldn't be out of the ordinary to see a few hundred in a pod. 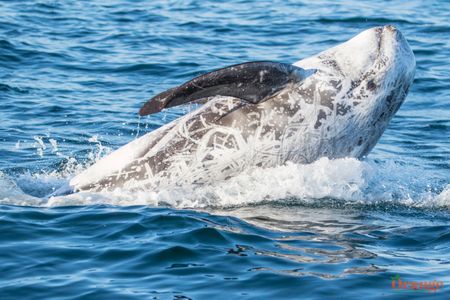 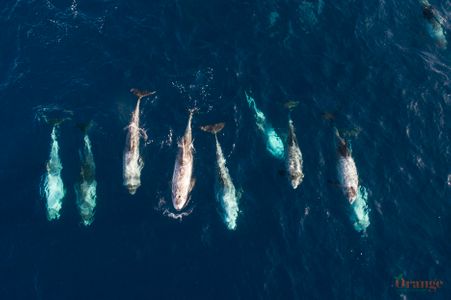 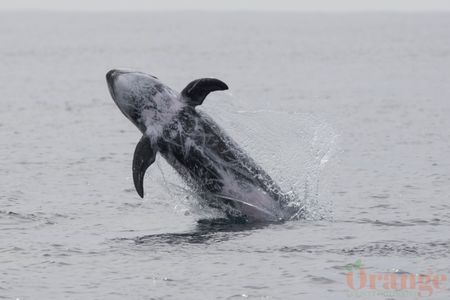 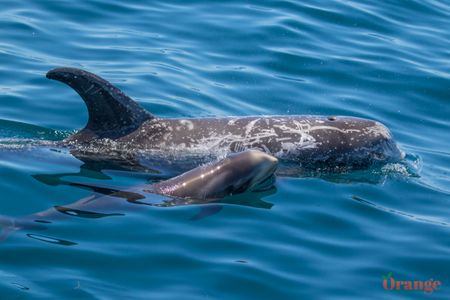 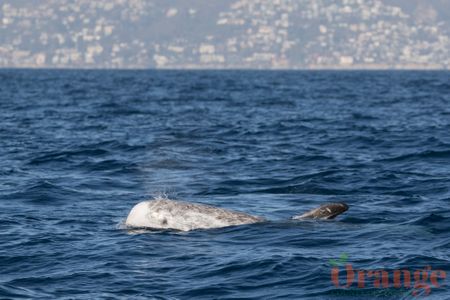 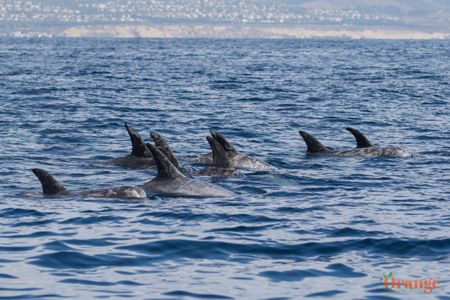 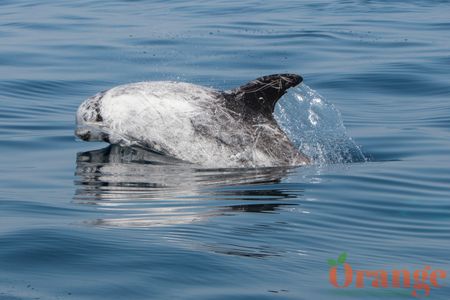 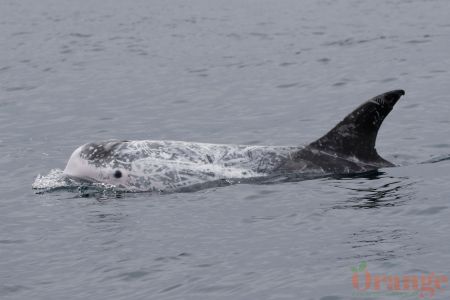