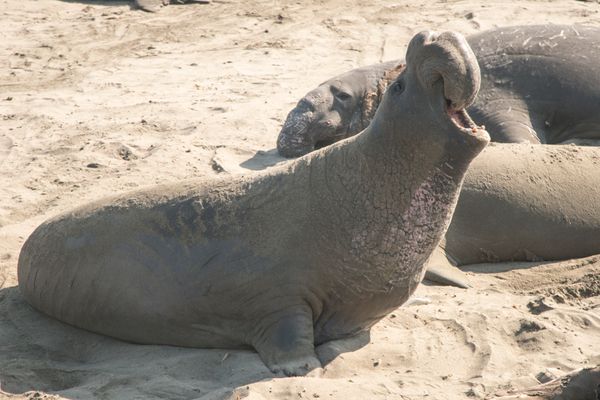 While there are 2 species of elephant seals, the northern elephant seal is what inhabits the coast of California and as far North as Alaska and as far South as the tip of Baja California Peninsula. While sightings of elephant seals do occur off the coast of Orange County, they are very rare for two reasons; They are known to travel up to 5,000 miles from shore only come to land to breed which takes place far from Orange County, also the fact that they can hold their breathe for almost 2 hours and only spend a few minutes at the surface to breathe before diving back down. Elephant seals can dive to 5,000 feet which is much deeper than other pinnipeds, they also have very large eyes which helps them hunt in darker water by allowing more light to filter in. Males develop what is called a proboscis once they begin to mature around 3-5 years of age which is how they got their name as it resembles an elephants trunk. Males will battle over females which can be very bloody but rarely results in death, male elephant seals are polygamous and may have many females during breeding season. A great place to see this is San Simeon. 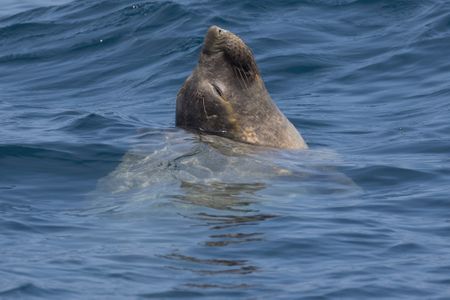 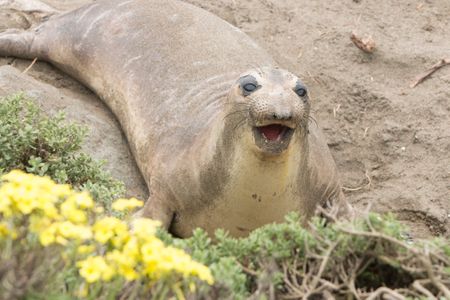 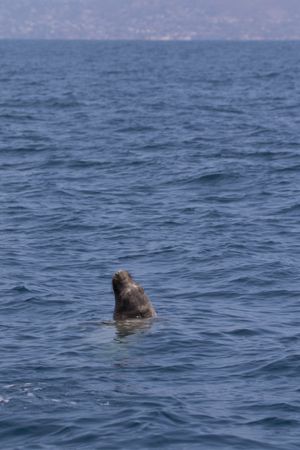 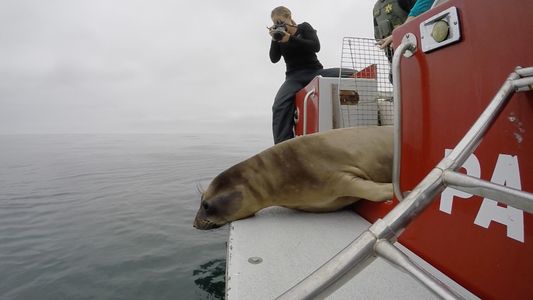 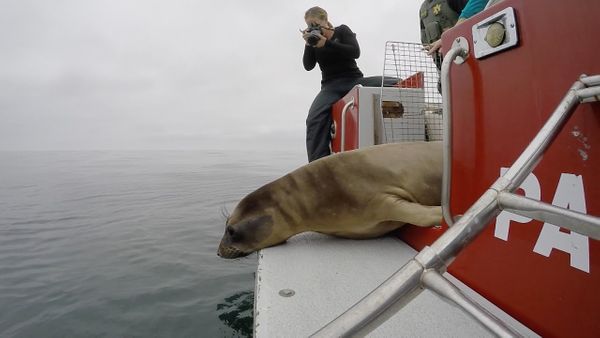 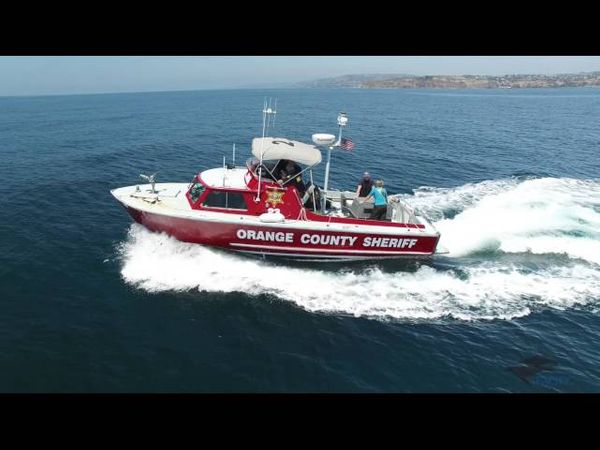