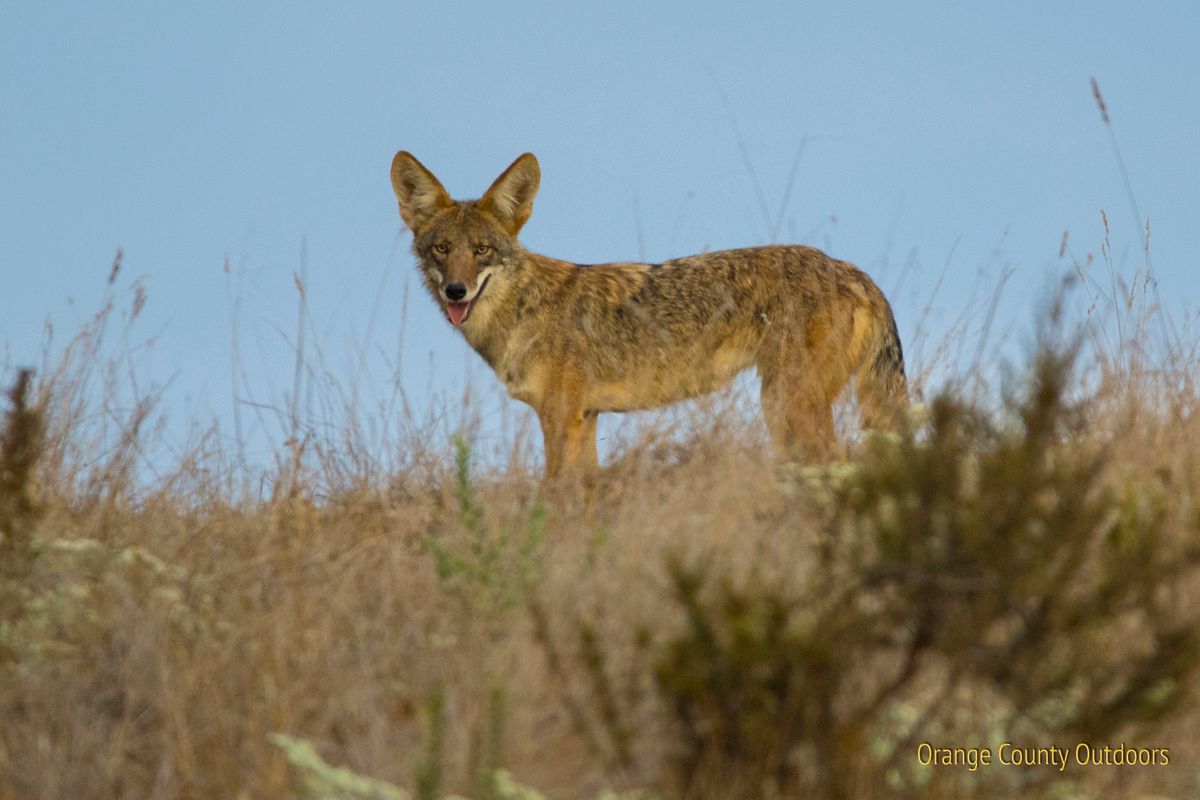 One of natures most adaptable and opportunistic predators/scavengers, coyotes can have a wide variety of prey sources depending on availability: small mammals, rodents, fish, birds, reptiles, invertebrates, plants, berries, and even deer on very rare occasions. These animals are considered a keystone species as they keep rodent populations under control which also helps keep the spread of disease down. In different parts of the country and terrain, coyotes behave slightly differently and prey upon different things. In urban areas of Orange County, coyotes have adapted to living among humans, sometimes preying on small pets and even going through trash that humans fail to secure. The coyotes here in Orange County are smaller than other populations across the country due to weather, food, mange, and short life span. 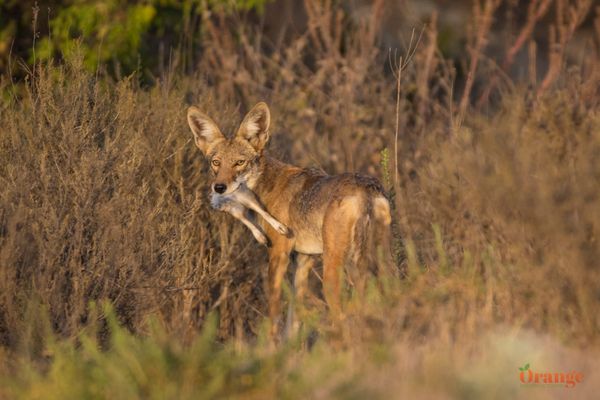 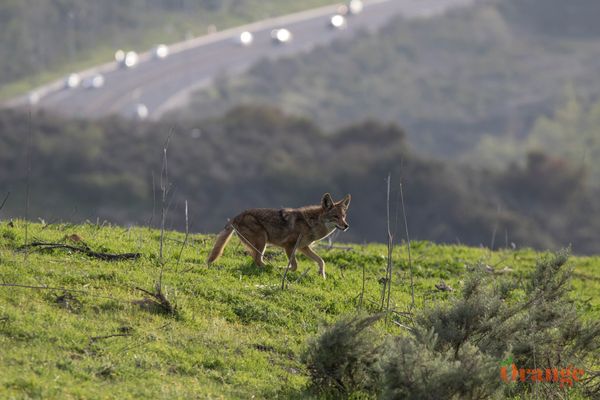 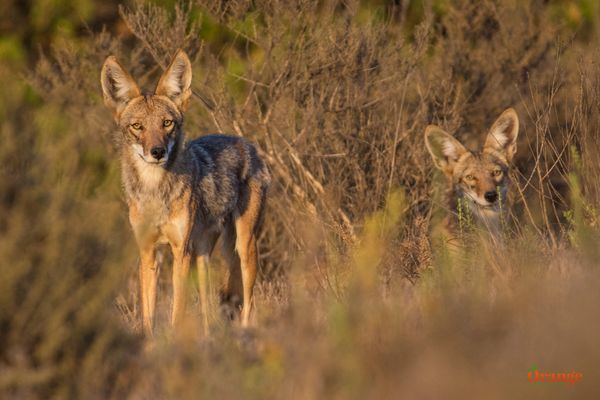 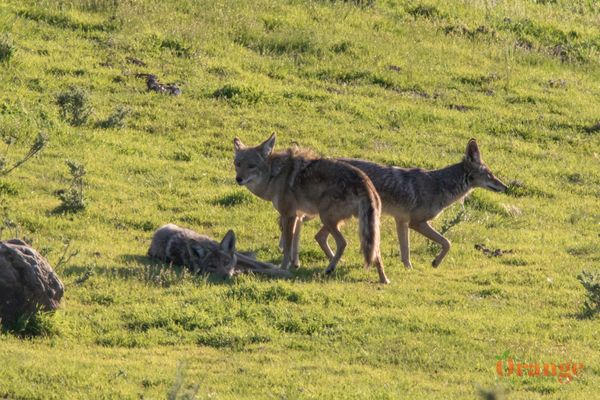 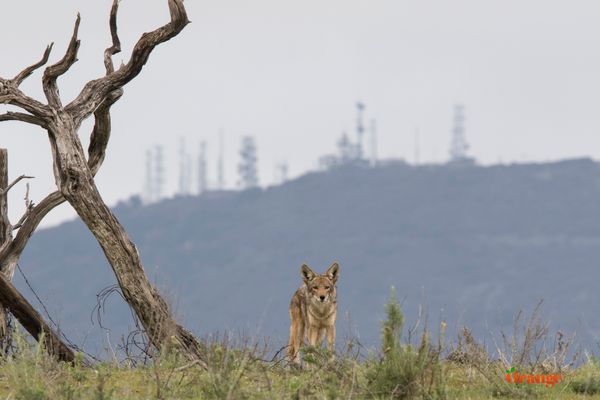 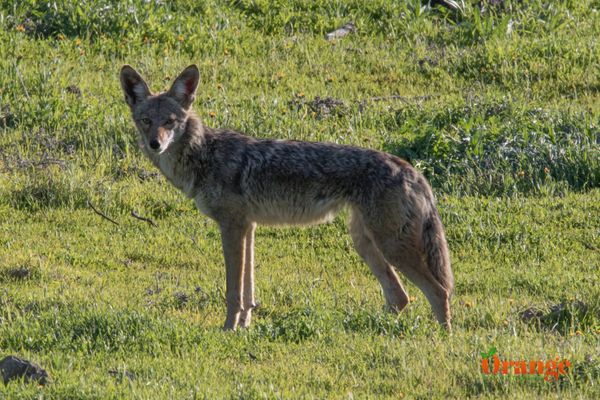 Coyotes have been coming under more scrutiny in many urban areas of Orange County mostly due to lack of education or people somehow forgetting about them being around. While there is no evidence of increasing populations, social media makes it seem like their population is increasing. Like most wild animals, coyotes have a natural fear of humans instilled in them but many coyotes have no choice but to adapt to living among residential areas. It is up to us to help keep this fear instilled in them by educating ourselves about living among them. Unfortunately, some people blame coyotes for attacks on pets and small children instead of admitting fault for their incorrect actions.

There have been several attacks in Orange County which were almost all created by human error. Since we humans are able to educate ourselves about these animals and coyotes do not understand our ways of life, it is up to us to be smarter than them when living in places that coyotes inhabit. The people that somehow get outsmarted by coyotes tend to be the people that hate them and therefore spread false information about them. People that hate coyotes in general are a great example of this mindset which only creates more of a problem. They may have had a pet get attacked but instead of learning from their mistakes, they choose to just hate the coyotes for doing what they're supposed to do by eating what's available. Attacks on pets are a problem as many people leave small pets in places that are accessible by coyotes, these pets don't understand these dangers and coyotes don't understand that these easy prey items are peoples pets. If you have a pet that got killed by a coyote, you are completely at fault and are responsible for contributing to the habituation of these coyotes for future pet attacks.

A few things to keep in mind when encountering coyotes:

1. Coyotes DO NOT predate on humans, their attacks are provoked/triggered for other reasons.

2. Don't run from a coyote, you will only trigger them to assume they are supposed to chase you.

3. Stand your ground and show the coyote that you may be a threat to it. Coyotes don't have access to hospitals like us so if a coyote is injured, it will likely lead to its death which is why it will not attack if it thinks there's a chance of injury.

4. Do not let your small dogs or cats out in areas where coyotes are known to be unless they are on a leash where you can protect them.

5. If your pet disappears from your yard, don't be so quick to blame coyotes as hawks, owls, and eagles have been known to also prey upon pets as well.

6. Coyotes are wild animals and should be treated and respected as such but they are just trying to survive just like we are. They have families they need to feed and don't just go around attacking humans. Be smarter than the coyote, don't let yourself or your pets be attacked.

Canine prints can be identified by nail impressions and a single upper lobe on the heel pad with a double lower lobe. Cat prints rarely ever have nail impressions and also have 2 upper lobes on the heel pad with 3 lower lobes. It is difficult to differentiate a coyote vs. a domestic dog print to most people but if you see human shoe prints adjacent to a canine print at about the same depth due to dirt/mud conditions, then it's probably a domestic dog. Coyotes will often use human made trails but they might meander off into the brush at some point where as a domestic dog probably wouldn't or would at some point return back to the trail. Coyote prints can appear as large as mountain lion prints based on the size of the coyote as well as the consistency of the mud, deeper mud will leave deeper/wider prints as the animal might slide or push away more mud with the weight. 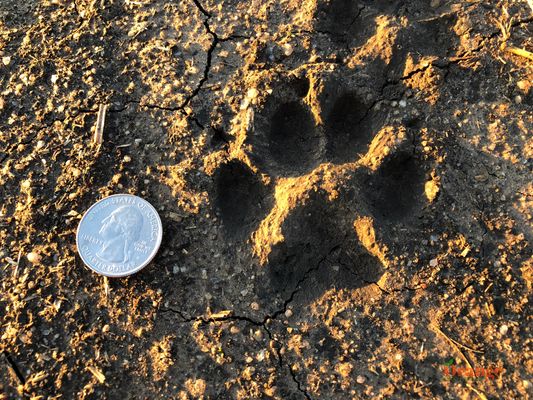 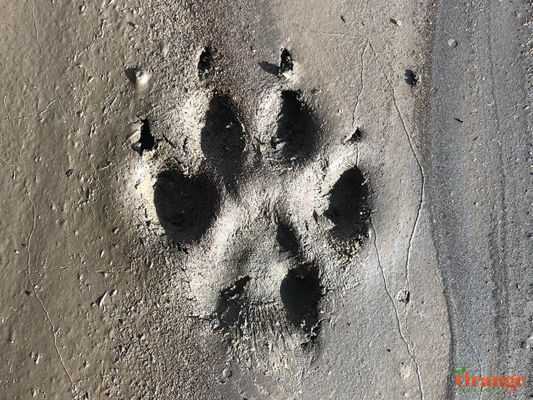 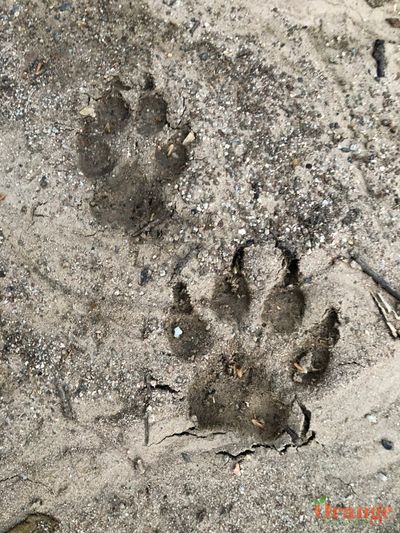 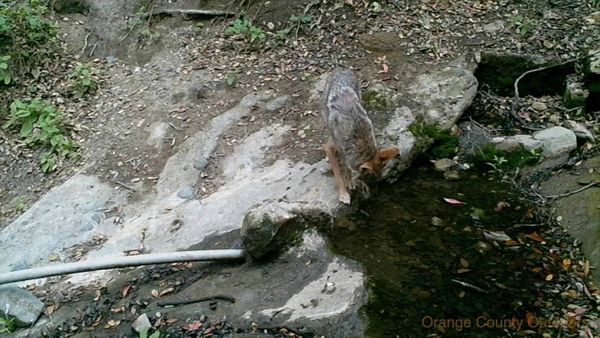 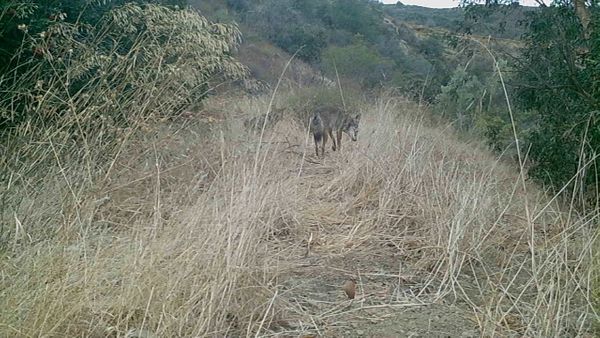