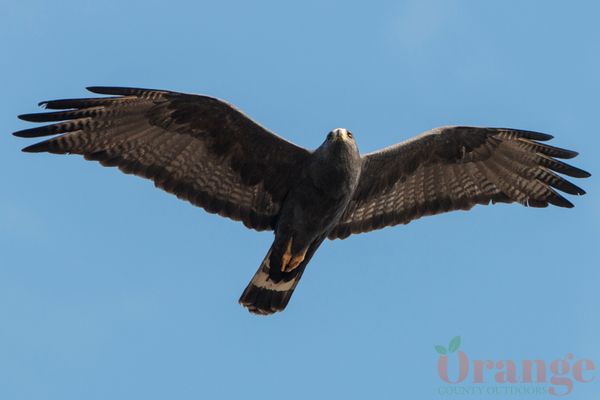 A very uncommon sight in California but occasionally seen here in Orange County, these birds typical range is South and Central America but one or two are occasionally spotted around South Orange County East of the 5 freeway and also anywhere along Santiago Canyon Road. These birds are especially magnificent not just because of their rarity but because of the way they disguise themselves, they typically soar with turkey vultures which look very similar. Zone-tailed hawks prey mostly upon other birds and since smaller birds don't recognize a threat from turkey vultures, they don't flee, then the hawk dives down before the prey has time to evade. The easiest way to identify this raptor from a turkey vulture is a white band across its tail and the brown head. If you see this hawk, consider yourself extremely lucky. 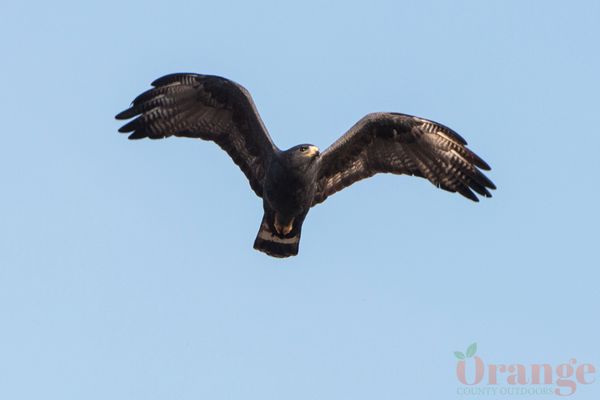 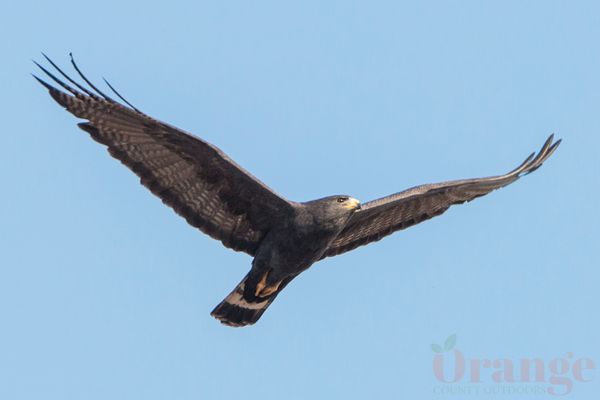 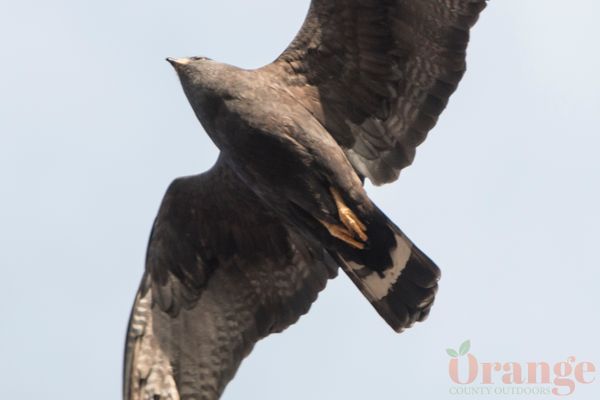 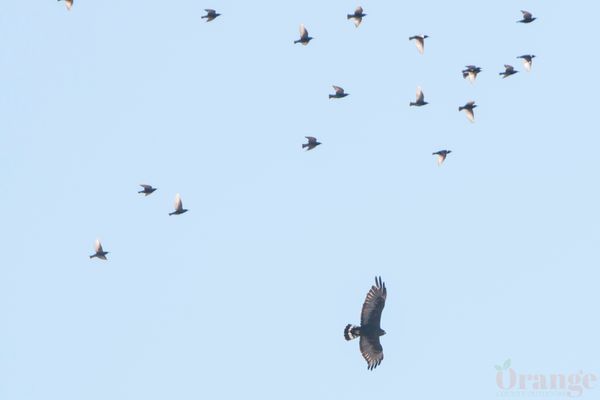 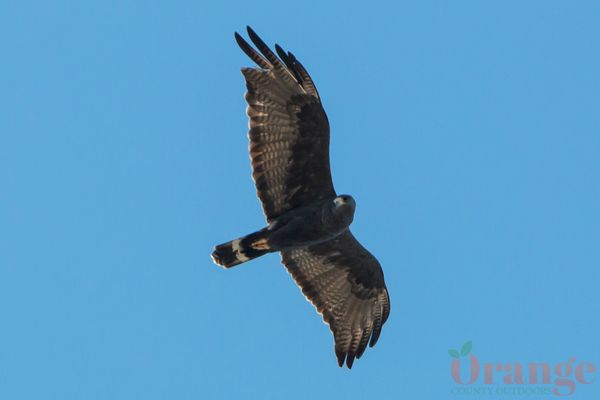 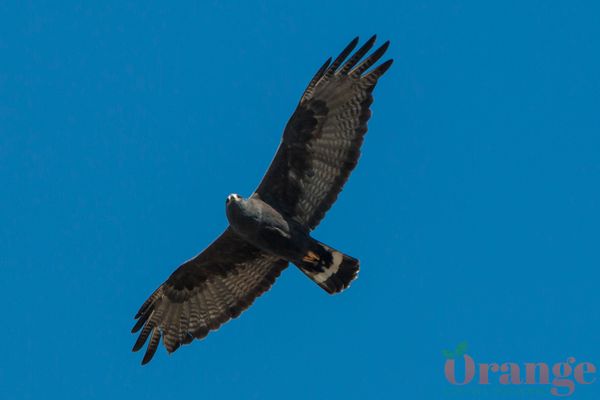