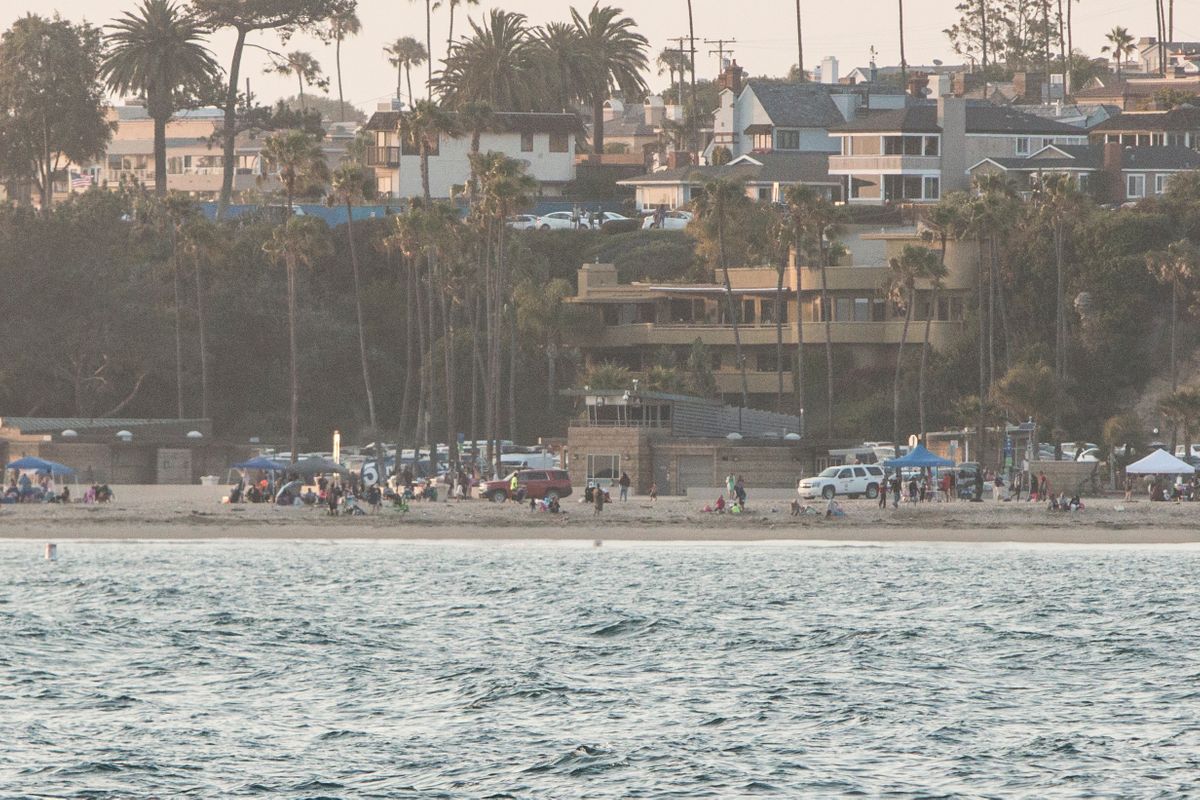 Memorial Weekend at Big Corona Beach in Newport Beach turned out to be not so good for one swimmer who was training for Ironman, lifeguards found a woman waving for help outside the swim markers near the end of the harbor jetty, the woman was bleeding profusely and had a single bite mark from her shoulder to her hip. After Newport Beach Lifeguards transported her to the hospital, it was determined she was bitten by a great white shark of at least 16 feet in length based on the bite measurement. Great white shark attacks are extremely rare and this one is believed to be an investigative bite, once the shark realized she wasn't its prey of choice, the shark had no further interest. The area has a high population of sea lions and the shark was most likely looking for a seal lion for its next meal. The nearby beaches were closed for the day as a precaution although it is not believed that any beachgoers were in any danger as the woman was far out and appeared to be making motions of a struggling sea lion to the eyes of the shark. The swimmer is expected to survive.