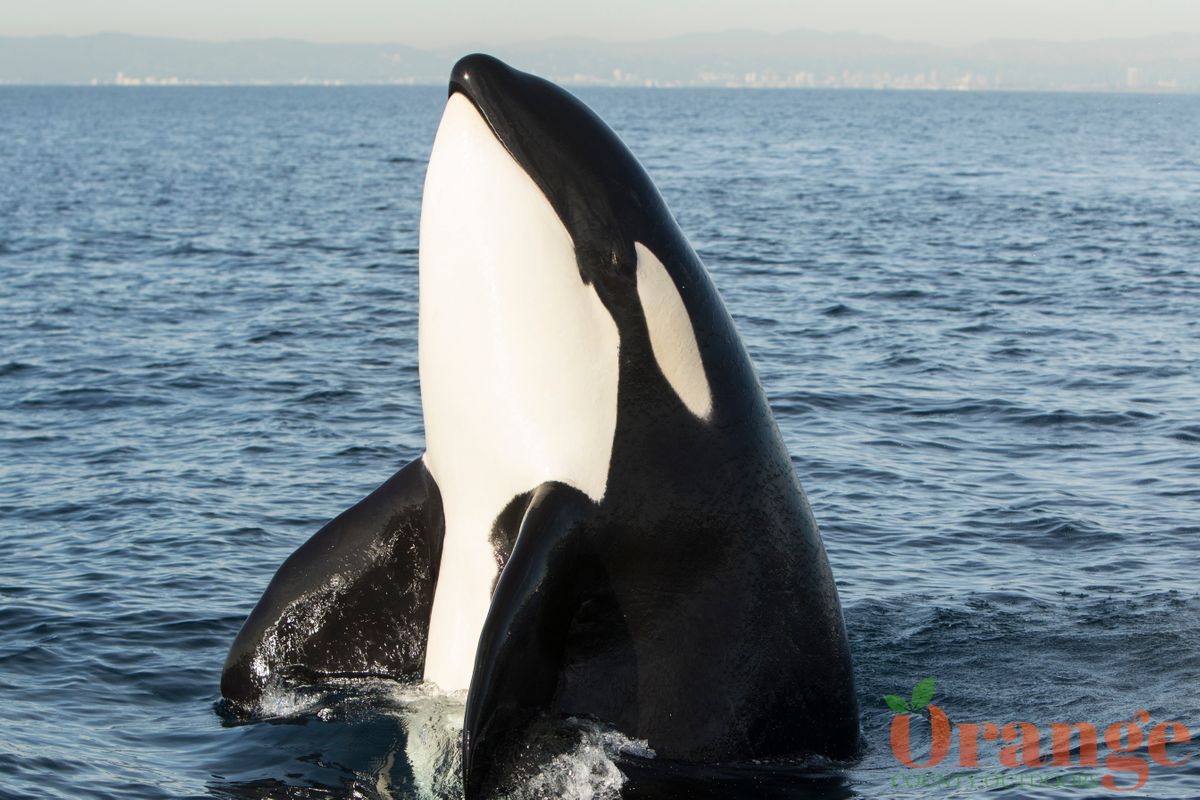 Unknown to most people of Southern California, orcas/killer whales are seen here several times per year although they likely visit more often then that and are just not seen because they may pass through at night or are just not spotted by boats. The typical range of the larger whale watching boats is less than 10 miles on a 2 hour trip so if orcas pass by outside that range, they will not be seen by them, but because of the faster boats from Newport Coastal Adventure which brought a whole new concept for whale watching to Orange County, the odds have increased for orca sightings since the range has been doubled. Of course each year is different with orca sightings and there is no predictable pattern except that we tend to see them around New Years, October, and June. This year (2018) we've had 10 different days watching orcas which is much more than usual.