On Friday evening, a rupture in a pipeline underneath oil platform Elly began spewing oil into the ocean just 5 miles off Huntington Beach. On Saturday, the pipeline was estimated to have released 126,000 gallons. The oil which floats at the surface, began showing up along the shore in Huntington Beach and was noticed by boaters watching the Pacific Air Show. The smell was overwhelming and large blobs begun appearing from the size of a quarter to a baseball. Many boats that were watching the air show Saturday had oil stains on them.

Saturday night, after the air show, oil began to show up on shore as the high tide receded. On Sunday morning, it was determined that the last day of the Pacific Air Show was to be canceled due to safety measures. As soon as you walked out on the beach, the overwhelming smell of oil just hit you and there were blobs of oil all along the beach. Cleanup crews begun setting out booms to collect the oil later in the day on Saturday but it was too late to catch a lot of it. On Sunday there were still oil slicks offshore drifting down the coast towards Laguna Beach. It seemed like the 14 response boats did a decent job collecting a lot of the oil but obviously they can't get it all and it is likely that a lot more oil will be reaching beaches along Newport and Laguna in the next few days. South Newport Beach and Laguna Beach have tidepools that will be devastated by this oil spill if the boats allow it to come ashore. While Newport Beach kept it's beaches open, Huntington and Laguna was not allowing people in the water. There was cleanup crews on foot showing up along the beaches that were picking up blobs of oil with shovels. So far we've been very lucky that we haven't been seeing a lot of oiled wildlife, just a few oiled birds that were able to be rescued but it's likely that more oiled animals will start showing up along the beaches soon. We hope the marine life and birds are not affected greatly but we will have to see how it goes. 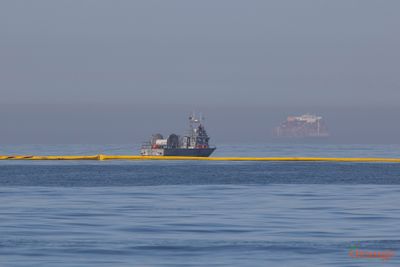 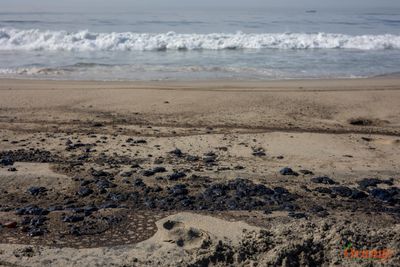 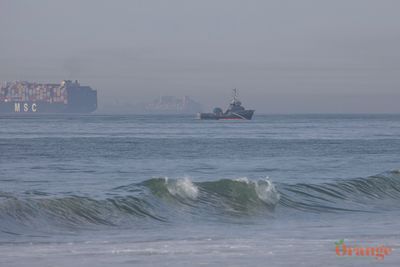 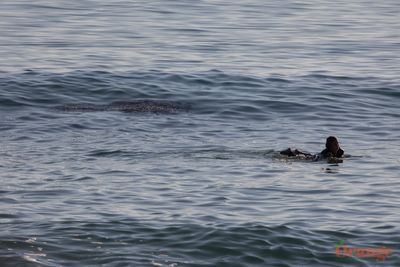 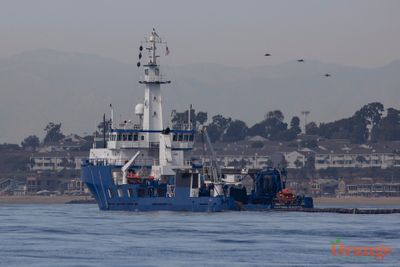 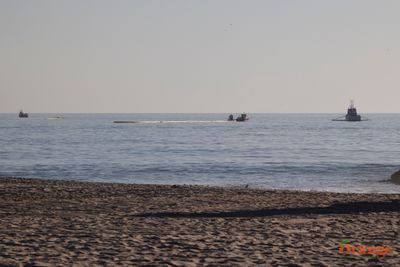