The Neowise Comet is the best viewed comet since Hale Bop back in the 90's and since that is the case, many of us want to get to see this awesome sight. Viewing it from Orange County can be tricky though since we're dealing with air that is not as clear as other places. Lately it seems like there is a lot of haze sticking around and since July 4th, the air has not really cleared up much since we haven't gotten any rain or wind. Neowise is definitely visible though before sunrise and after sunset but it does take some effort as it is not quite visible to the naked eye yet which may or may not change later this week as it is higher above the horizon. The reason we're seeing it at the position it's is is due to the rotation of the Earth and everything else, The North Star sits on the same axis Earth's Northern Hemisphere which is why it doesn't move at all when taking long exposures while everything else leaves a light streak, getting longer as you look farther away from The North Star. The Neowise Comet is so far up in The Northern Hemisphere that it is basically only rotating a little bit, always staying low on the horizon except during daylight which it is not visible. During the hours before sunrise and after sunset it is visible because the sky is just dark enough and the sunlight is still hitting the comet for about an hour or two. As the nights go on, the comet will appear lower in the mornings and higher in the evenings which is better for those who can't commit to waking up at 3 or 4 in the morning to see it.

To see Neowise, you will likely need an aid to your eyes like binoculars, a telescope would be even better but is not needed. Using your phones compass, look NW at approximately 320°, varying as the night goes on since everything in the sky rotates and the comet is not always in the exact same heading. I've seen it each night from a high point in Orange County since July 12th but haven't gotten amazing photos of it yet compared to other photos I've seen from other locations. The best odds of seeing this comet is to get to a high point that you can easily look NW and not have streetlights or other bright lights around you, use binoculars to scan above the horizon anywhere from 315° to 330°. If you don't have binoculars but have a DSLR, you can use that to take a long exposure in that general area then zoom in on the photo and find it that way then zoom in on each photo from there to try and get a closer look. It is possible that as each night goes on (peaking on July 22nd) we might begin to be able to see it with our unaided eyes. Another problem we have been having here is cloud cover along the beaches that has been rolling in at night, those are your enemy, get away from any cloud cover.

Of course if you really want to see this comet more easily, the best bet would be to take about a 2 hour to Joshua Tree or up Hwy 395 which the air is clearer and the night sky is darker. 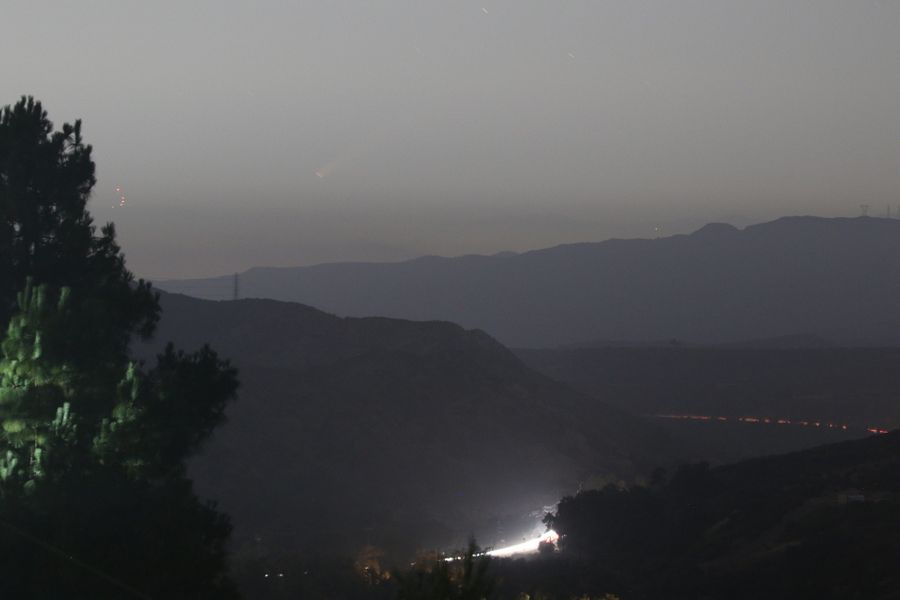 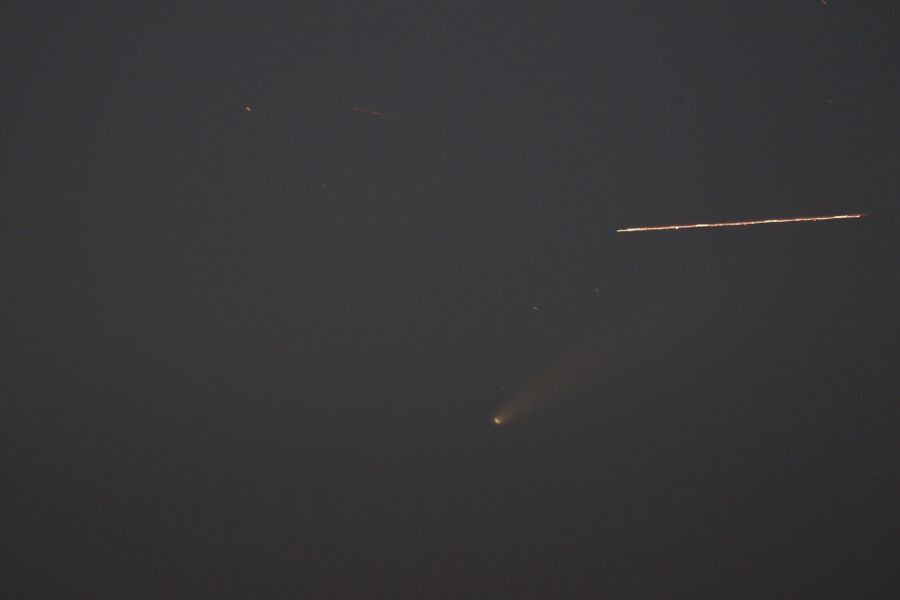