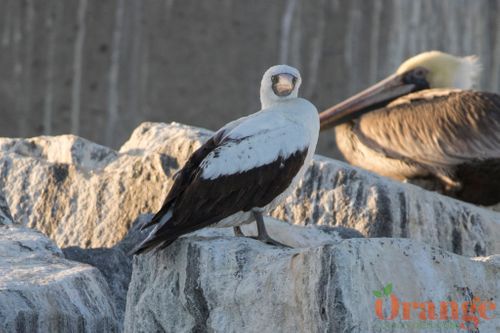 A very rare bird for Orange County, so rare that this is the first time a nazca booby has been documented in Orange County, usually seen far to the South and more abundant in The Galapagos. On this day, 11/27/17, the hype began when local birders got word of a photo that was posted the night before of what appeared to be a nazca booby perched on a fishing boat out of Dana Wharf called "Sum Fun." As people search around the area in hopes of seeing it, it was eventualy spotted at the very end of the outer jetty which was a far sight from land. The birds venture to Orange County actually began over a week prior on Saturday, 11/18/17 (seen here). Apparently the bird showed up on the fishing boat out of Davey's Locker named Thunderbird when it was very far from shore and it stayed had a nice ride all the way into Newport Harbor and didn't fly off until the boat left the harbor when it was off the coast of Dana Point. It's likely that the bird has been in the area of Dana Point and has just now been found as it obviously has a good location hidden from most peoples eyes unless they were really trying hard to find it.

Many local birders are spending time in hopes of seeing and photographing this magnificent bird but it is quite a far shot from the island inside the harbor, below you will find a map to the best viewing location from land although to get the best possible photos, boarding a whale watching boat from Dana Wharf Whale Watch would be the best opportunity, they can be contacted at (949) 496-5794 to find out available times. The photos here were taken from the Dana Pride 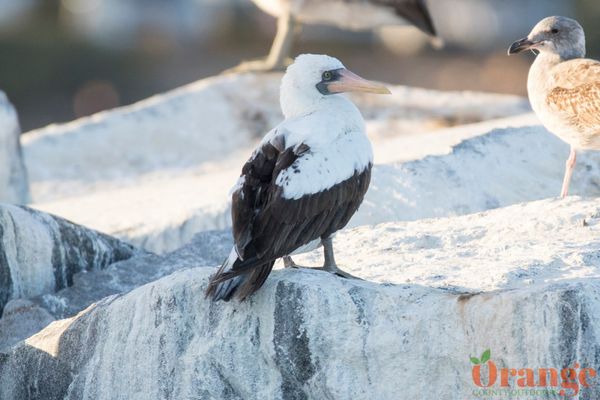 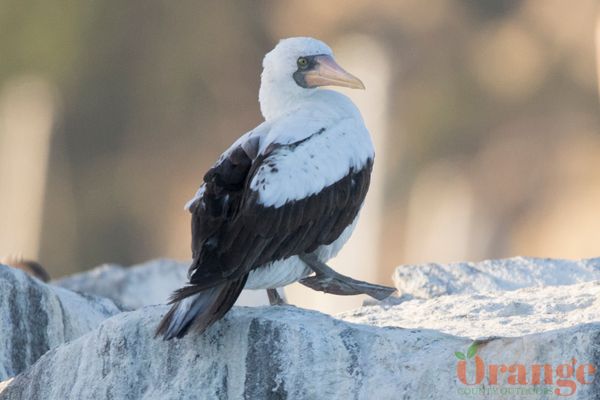 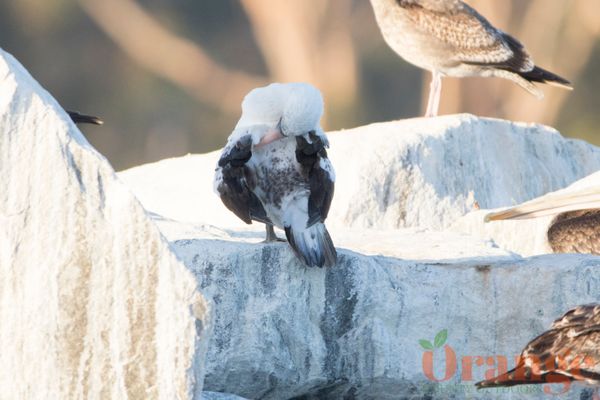