Killer whales show up in June 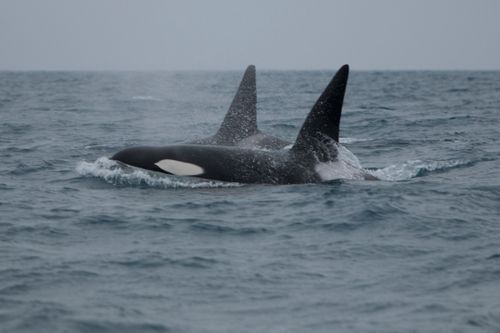 A pod of 4 killer whales from the CA-51 group showed up off the coast of Long Beach. Harbor Breeze Cruises were the first to spot these beautiful cetaceans which are the largest members of the dolphin family. The CA-51's in particular are known to be extremely boat friendly and will often approach and play with nearby boats crossing right underneath and spyhopping as if checking out the passengers.

It was already late in the day when Harbor Breeze first spotted them and got the word out, Ryan Lawler of Newport Coastal Adventure had just returned from the last trip of the day when they heard about this sighting so I hopped aboard Newport Coastal Adventure and we also picked up killer whale expert Alisa Schulman-Janiger who recognized these killer whales immediately as O'rion, Star, Comet, and Bumper who got his name after he had been seen bumping into boats several times. As soon as we spotted them, Bumper was the first to turn and head straight towards our boston whaler boat and check us out. We stayed with them and documented them until the sun went down before we headed back to Newport Beach Harbor. It was definitely an amazing encounter. After the sun set, the orcas seemed to be headed straight towards Orange County following a specific canyon which leads right towards Main Beach in Laguna Beach so we will be on the lookout for them the next couple days including whale watchign vessels from Davey's Locker, Newport Landing, Dana Wharf, Dolphin Safari, and Harbor Breeze which all communicate together if they're seen again.

This is after several other killer whale sightings we had off the coast this past winter including sightings on multiple days of 50-80 offshore type killer whales, ETP (Eastern Tropical Pacific) killer whales, and also a different pod from the CA-51 group.

*UPDATED* On Saturday June 10th, 2017 a pod of CA-51 orcas were spotted near Catalina Island by a sailing crew during a race. Click here for photos 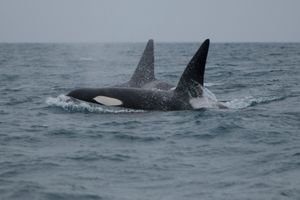 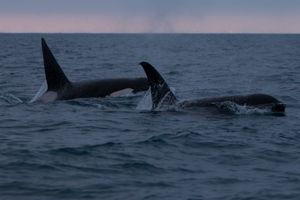 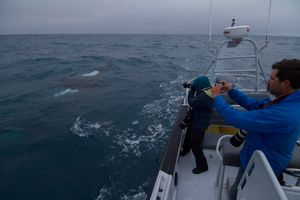 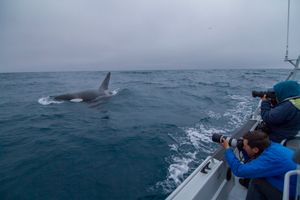