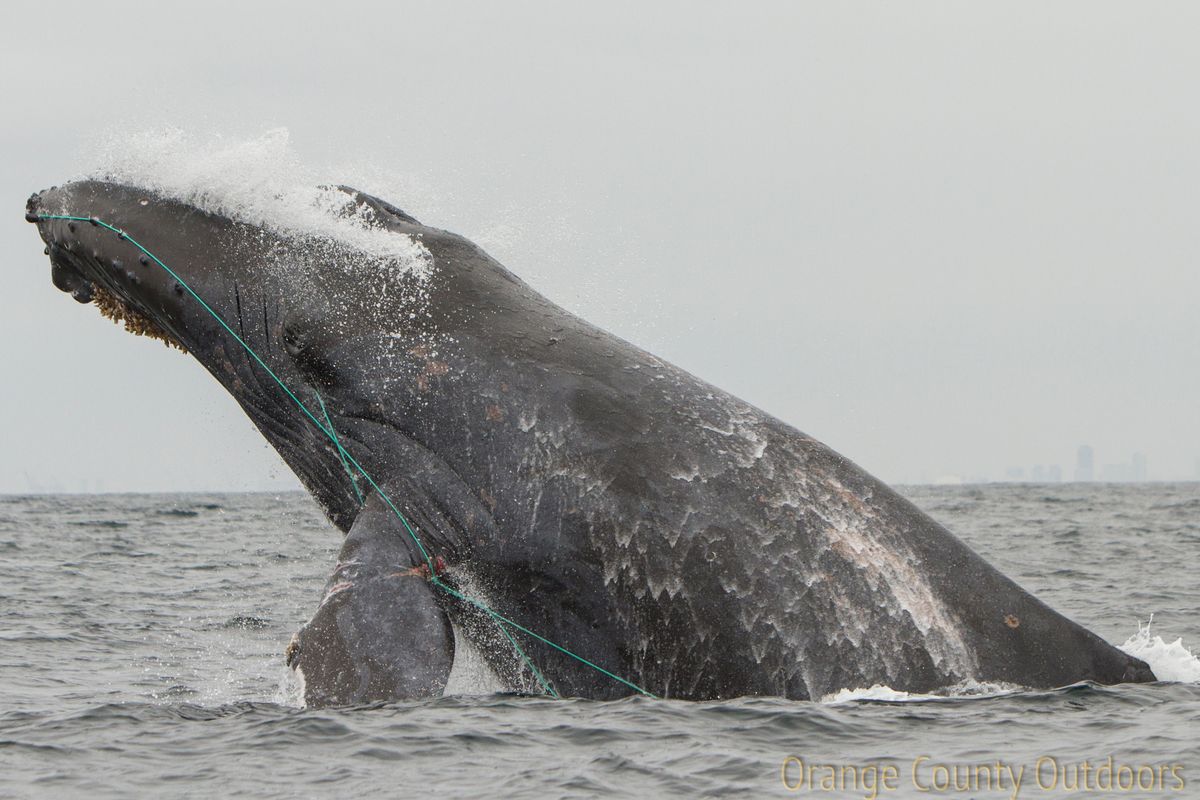 Another entangled whale off Orange Counties coast on Saturday, Newport Coastal Adventure was running their 9:00am trips when they spotted 2 humpback whales about 1 mile out of Newport Harbor, Taylor Thorne who was captaining one of the boats noticed buoys trailing one of the humpbacks and immediately notified the other captain Ryan Lawler who also tracked the whale which was not easy to follow. The entangled humpback would stay down for about 15 minutes and come up for only 2-3 breathes, the buoys trailed about 25 feet behind the whale, thought to be prawn traps.

Alisa Schulman-Janiger coordinated a response team who scrambled to get their gear and boats out to the whale which was now 3 miles off the coast of Long Beach at 2:00pm when the rescue crews arrived on scene. Unfortunately this humpback appeared to be distressed and its behaviors did not allow for rescuers to approach the full sized humpback with breaching, tail throwing, long dive times, and short breath sequences along with roughening sea conditions. As the sun went down, this whale proved to be an impossible case, an alert was sent out to whale watching companies up the coast to keep a lookout for this whale and to notify emergency crews if they spot it. 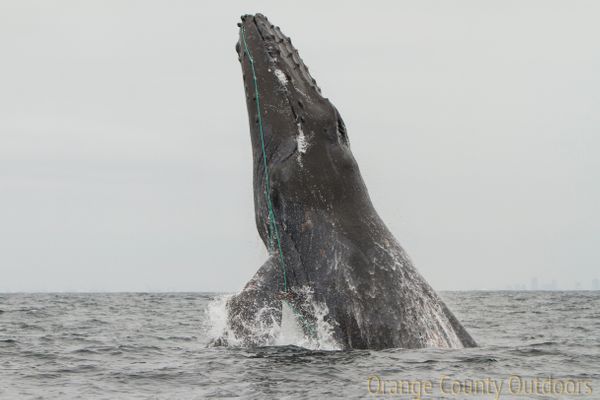 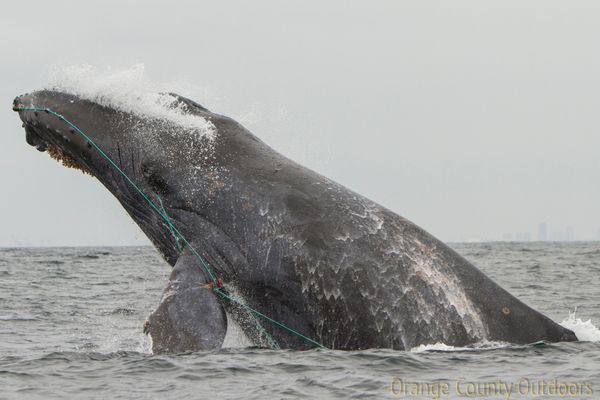 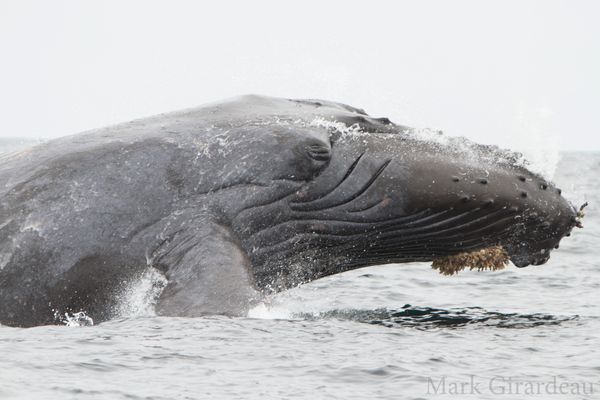 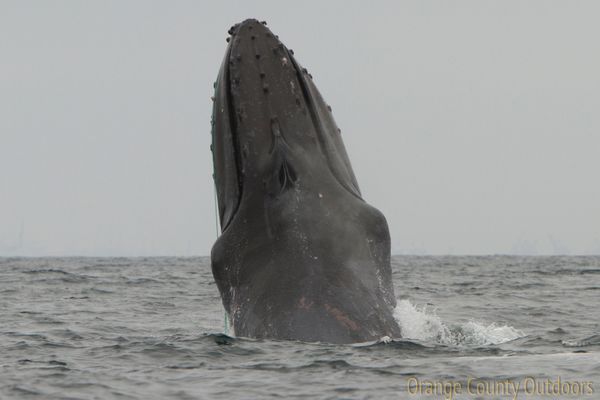 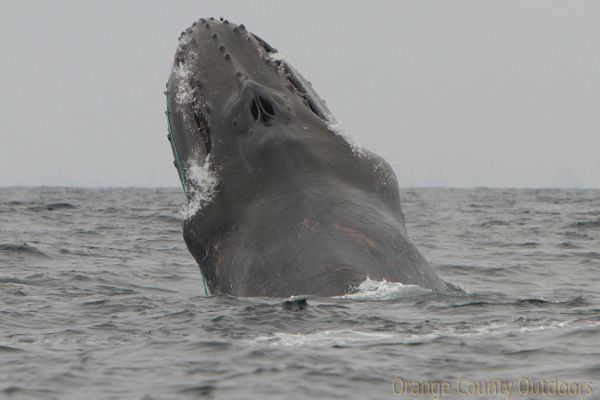 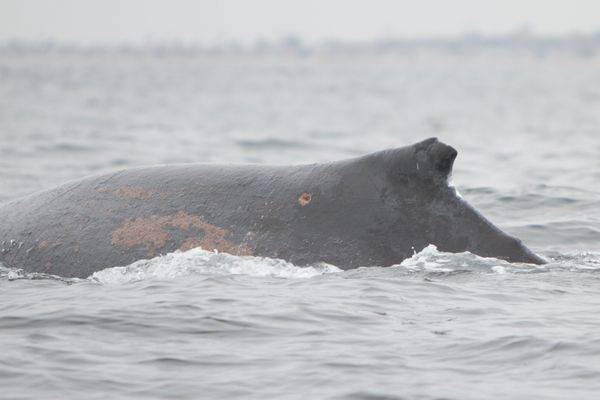