What a terrific day out on the ocean which started off with a 9am trip aboard Newport Coastal Adventure where Captain Ryan quickly spotted a spout as we weren't even out of the harbor yet. Once we got there, we saw that it was a gray whale which was expected since they're migrating through right now, after a couple breaths from the gray whale, we saw another much taller spout very close which ended up being a humpback whale, so we had a gray and humpback whale that we were watching at the same time. As the gray whale kept heading down the coast towards Mexico, we focused our attention to the humpback whale who seemed to be in no hurry to go anywhere but was most likely in search of food. Humpback whales usually show up here in summer months, not in the winter so this was slightly unusual but it appeared to be the same humpback whale that Dana Wharf posted photos of about a week prior which means that this one seems to be enjoying the area for now. We enjoyed this whales presence for a while before heading back and doing a tour of the local coastline since there were some big swells from the storm. On the way back into the harbor, we stopped by the sea lion buoy where we noticed one appeared to have a gill net entangled around its neck and it was bleeding. I sent Pacific Marine Mammal Center the photos and they have been looking for this sea lion to rescue it as the gill net will likely soon cut into the sea lions trachea according to Wendy Leeds at PMMC, so Newport Coastal Adventure is going to keep an eye out for him and contact them when he's spotted again, it takes a special team and special equipment to rescue a sea lion off of a buoy, it's a lot more difficult than a beach rescue. 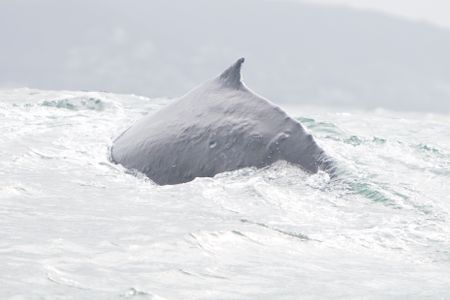 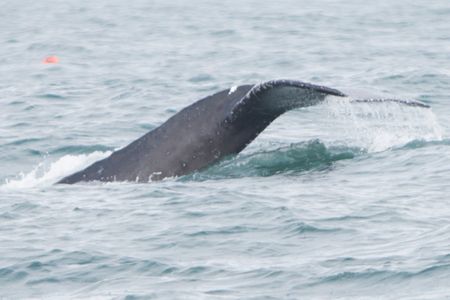 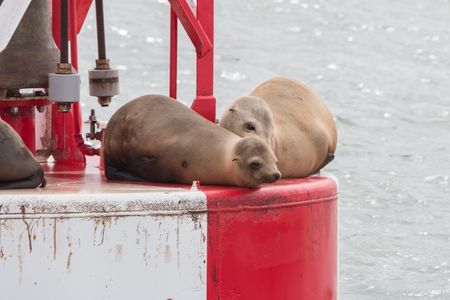 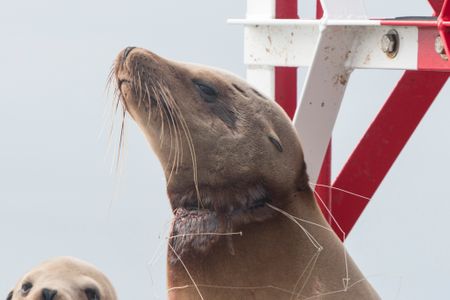 After that trip, I hopped over to Davey's Locker Whale Watching and boarded the Legacy with Captain John for their 1pm trip, after about 15 minutes of searching, Captain John spotted a spout from a couple miles away so we headed that direction, once we arrived, he realized there was actually three gray whales traveling Southbound to Mexico on their annual migration from Alaska, among these three gray whales, there was also a separate gray whale traveling close by as well. I quickly sent the drone up to get an aerial view which was pretty awesome! After getting some aerial photos and video, I imported the files onto the two big screen tvs inside the boat for people to watch once we headed back towards the harbor, everyone really enjoys seeing the footage from a different angle 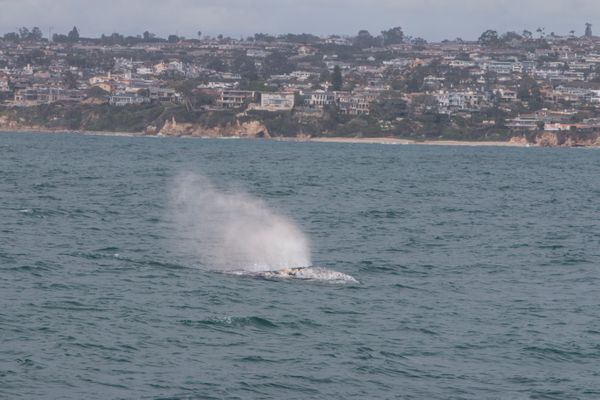 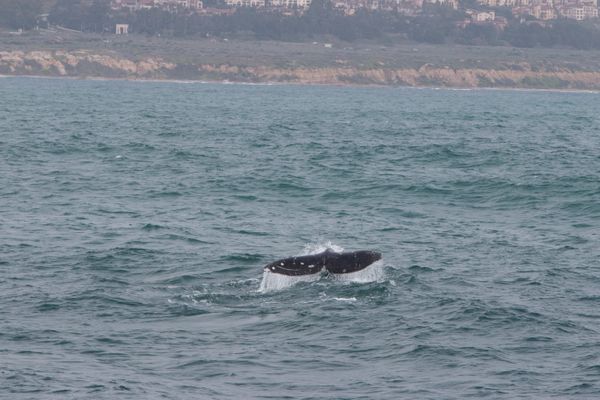 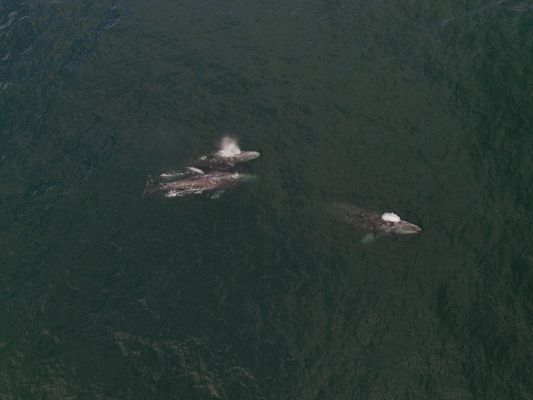 After getting back into port, I was considering hopping off and going to check on my trail cameras near Ortega Highway but I decided to go out for their next trip at 3pm as Captain Devo took over. I was expecting to see more gray whales. When we got out of the harbor, the captain headed up the coast which is a good bet to intercept some Southbound gray whales, we quickly got word from Newport Coastal Adventure that they had re spotted the humpback whale from earlier so we headed that way, once we got there, we also saw lots of common dolphins that appeared to be feeding along with lots of shearwater birds. Captain Devo kept a respectful distance to the humpback whale and the whale seemed to enjoy the attention and after about 15 minutes of watching it, it breached! Not just a half breach, a full body breach with even the tail coming out of the water, it was the first time I have ever seen a breach that high. Everyone on the boat was screaming with excitement and many passengers captured it on video and photos. Humpback whales are not typically seen here in winter months so to see one was already special yet alone to see one breach. I hope everyone on the boat understand how special this was, this was not an everyday thing.

Later on, I submitted my images to Happy Whale where the whale documented already from 2/8/17 off Dana Wharf which means this whale appears to be hanging around which is really awesome! When we saw the whale earlier in the day, it kept popping up on different sides of the boat but was obviously not trying to evade us, just seemed to be messing around or playing tricks on us, then later with the magnificent breach, I suggested this whale be given a name as "Houdini" which I think fit well. The next day (Monday) Newport Coastal Adventure resighted Houdini along with another humpback.