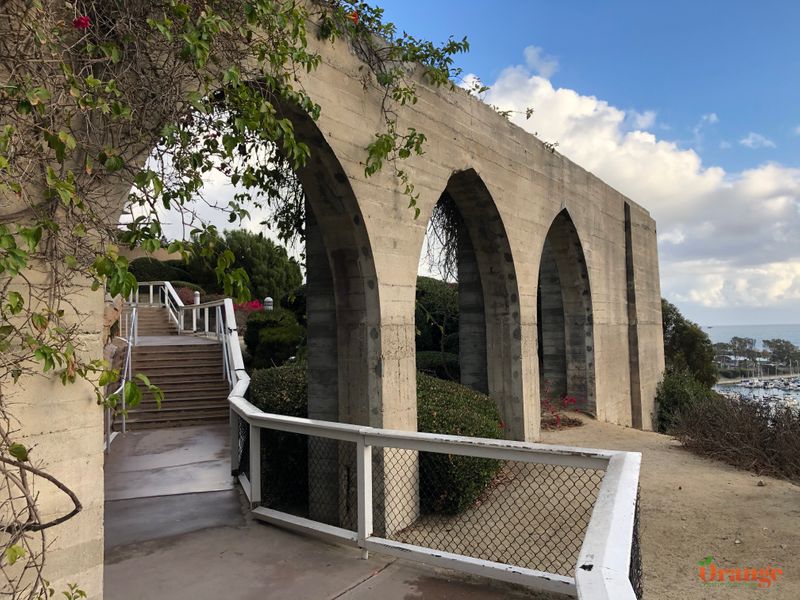 Over 30 years before Dana Point Harbor was constructed, below the cliffs was a beach that was quite hard to access except for one dirt path to get down from what is now known as Dana Point Headlands, a hotel was being constructed with an awesome view but no way to get down to a pocket beach below, so an elevator was constructed but never fully completed due to the stock market crash. Around this time, there was also a pier that went out from the beach. In the 1960's, the harbor was built and we now have much easier access to this area. If you drive along the harbor you can still see the remnants of what used to be the tunnel to the elevator which is now sealed off and you can also see the arches on the bluff above. 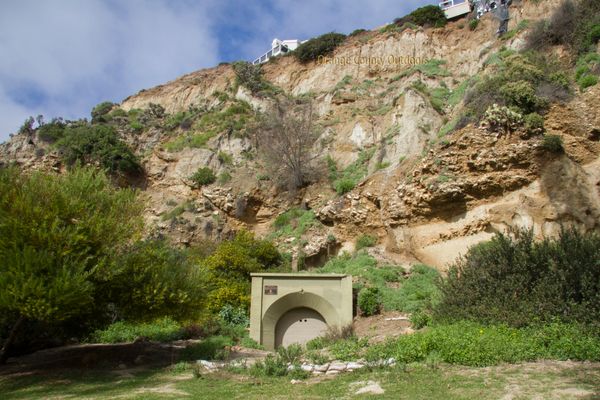 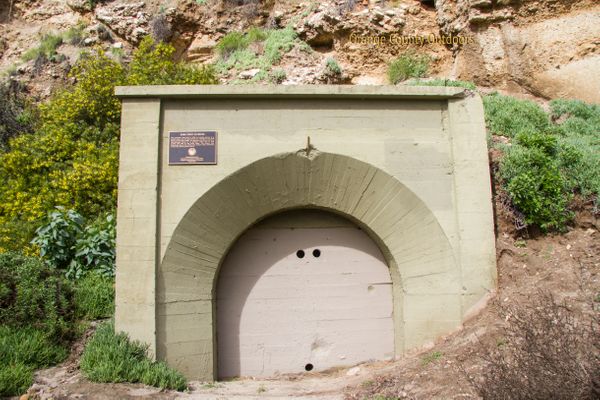 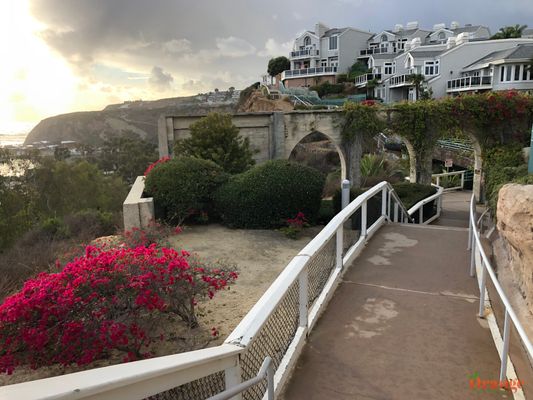 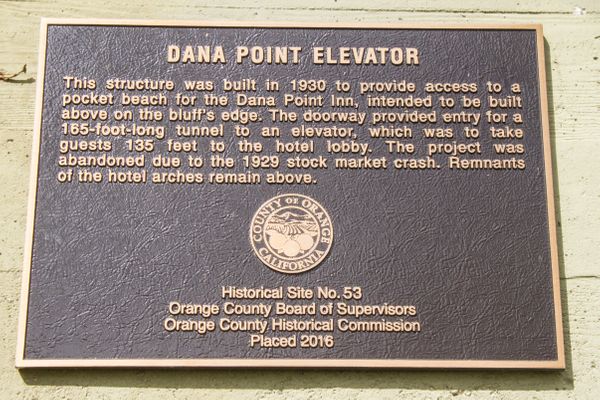 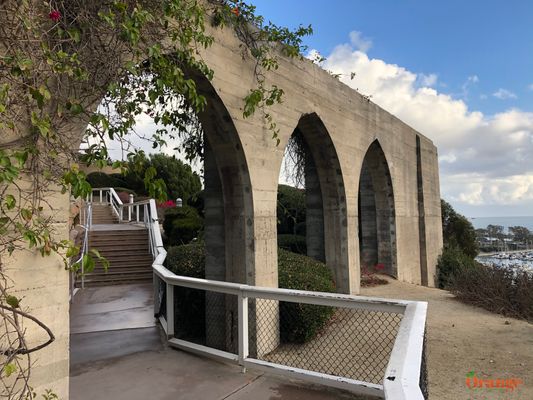 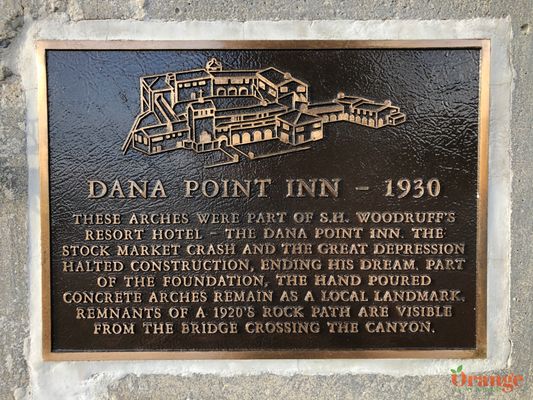