Native American geoglyphs in the desert 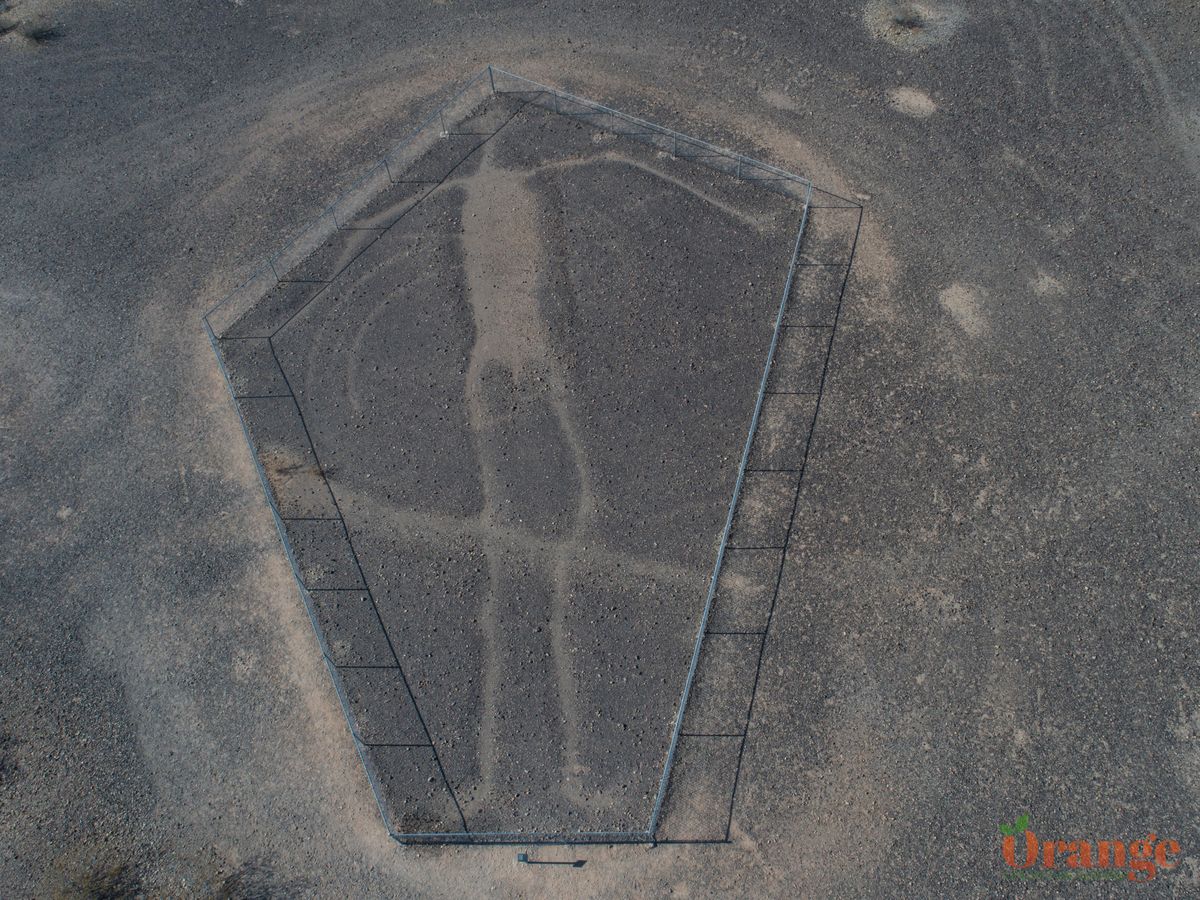 Who knew that we had these amazing pieces of history from the original inhabitants of the Colorado Desert in California, thought to be from the Mojave People although they have not taken responsibility for them. Long before this became Spain, Mexico, and eventually America, the native people that roamed these lands carved out these cool geoglyphs. These likely pre-date the more well-known Nazca Lines in Peru and were discovered in the 1930's by an army pilot flying from Las Vegas. Were they put here to communicate with aliens? Thankfully a few of them are fenced in now to deter vandals but most are not fenced in as they are more remote and not well known, there are also tire tracks that were supposedly from General Patton training troops there during WWII when there was an Army base near there. Some of the figures are almost 200 feet long like the kokopelli and human figures. The animals in these photos are thought to be a mountain lion and a snake. There are said to be over 200 of these scattered around the Colorado River area, most of them located in hard to reach areas (which is great for their conservation) 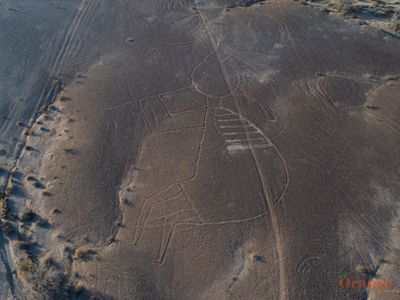 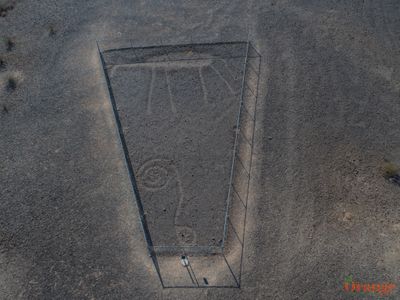 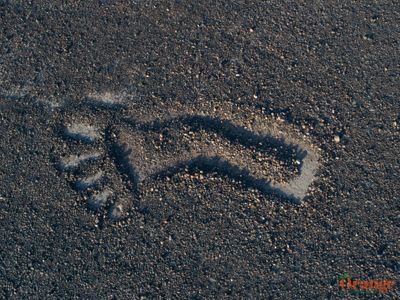 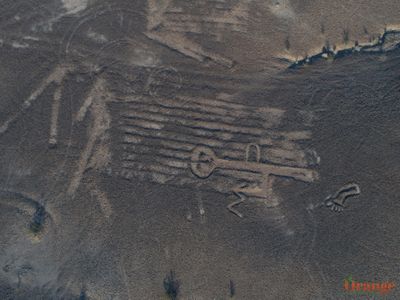